Return to this page a few days before the scheduled game when this expired prediction will be updated with our full preview and tips for the next match between these teams.
Full-Time Result Prediction
👉
Rapid Vienna II to Win

Vorwärts Steyr will be visiting Allianz Stadion on Monday for the 2. Liga game with hosts Rapid Vienna II.

For all of our match predictions, pre-game poll and statistics for Rapid Vienna II v Vorwärts Steyr, scroll down - as well as up-to-date odds.

Rapid Vienna II, buoyed by their previous result, will be hoping for more of the same after a 0-1 2. Liga success against SV Lafnitz.

In their prior 6 fixtures, Steffen Hofmann's Rapid Vienna II have netted 9 times, an average number of goals scored per match equal to 1.5.

Coming into this meeting, Rapid Vienna II are unbeaten in their previous 3 home league matches.

The strike force from Vorwärts Steyr have had real problems scoring goals over their last 6 clashes, recording the poor return of just 4. In those fixtures, Steyr have also seen the collective goal aggregate against them equal 9. Historical results aside, time will tell whether such a trend might be maintained in this next game.

Coming into this fixture, Vorwärts Steyr are without an away win for the past 3 league games.

The previous league game featuring these clubs was 2. Liga match day 6 on 23/10/2020 when the final score was Vorwärts Steyr 1-1 Rapid Vienna II.

The referee was Julian Weinberger.

Rapid Vienna II boss Steffen Hofmann has no fitness worries whatsoever ahead of this match with a completely healthy group available to choose from.

In an otherwise healthy group of players, there is only the lone fitness issue for the Vorwärts Steyr boss Andreas Milot to be concerned about. Michael Halbartschlager (Knee Injury) misses out for this game. Kevin Brandstätter is ineligible for this match because of suspension.

We feel that Vorwärts Steyr could well find it tough to get anything against this Rapid Vienna II team who we think might well end up scoring and staying ahead.

That’s why our selection here is for a hard-fought 1-0 victory for Rapid Vienna II at the conclusion of the game. 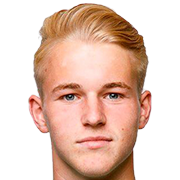 Generally taking to the field in the Striker position, Oliver Strunz was born in Austria. After having made a senior debut playing for Rapid Vienna II in the 2020 - 2021 season, the dangerous Forward has got 5 league goals in this 2. Liga 2020 - 2021 season so far from a total of 10 appearances.

While we have made these predictions for Rapid Vienna II v Vorwärts Steyr for this match preview with the best of intentions, no profits are guaranteed. Always gamble responsibly, and with what you can afford to lose. We wish you the best of luck.