The VfL Wolfsburg v RB Leipzig live stream video is set for 16/01/2021. Fans of both clubs can watch the fixture on a live streaming service if this match is included in the schedule referenced above. Here we give useful information for watching this Bundesliga 1 game that includes the most recent guide to form, h2h meetings and our game views.

To watch the match via other ways, search for tv schedules in your country. Such broadcasting rights are typically allocated on a per-competition/league or even per-match arrangement basis. For fixtures shown live on regional tv programmes, check the schedules on the likes of BT Sport, Amazon Prime Video, Sky Sports, Now TV, iTV, Canal+, Fox Soccer, ESPN depending on your location.

When the abovementioned broadcaster does broadcast a VfL Wolfsburg v RB Leipzig football live streaming coverage, you can see the game on a mobile (iPhone, Android including Infinix) and PC plus tablet (eg iPad, Huawei MediaPad).

Post-game, we may also link to match highlights from time to time. We aren’t responsible for the transmission of any game video content linked to from here. All legal complaints must be directed to the hosters/owners of this content.

For all of our match predictions, pre-game poll and statistics for VfL Wolfsburg v RB Leipzig, scroll down (including the best match odds).

VfL Wolfsburg head into this game following on from a 2-2 Bundesliga 1 stalemate versus Union Berlin.

Over their preceding six games, Oliver Glasner's VfL Wolfsburg have managed to score a total of 10 times giving them an average number of goals scored per match equal to 1.67.

Leading up to this clash, VfL Wolfsburg:

Following on from a loss in their previous game against Borussia Dortmund in Bundesliga 1 competition, RB Leipzig and their travelling supporters will be hoping that they can get a better result in this one.

A run of steadfast performances from the RB Leipzig defenders has seen their ‘goals against’ tally standing at 3 from their past 6 clashes combined. In that period, the number of goals that they have scored themselves amounts to 8.

An examination of their past head-to-head meetings dating back to 24/11/2018 shows that VfL Wolfsburg have won 1 of these games & RB Leipzig 3, with the number of drawn matches being 2.

A combined total of 13 goals were produced between them during those clashes, with 3 for Wolfsburg and 10 being from Leipzig. That is an average goals per game value of 2.17.

The last league meeting featuring these clubs was Bundesliga 1 match day 25 on 07/03/2020 when it ended VfL Wolfsburg 0-0 RB Leipzig.

On that occasion, VfL Wolfsburg had 38% possession and 16 attempts on goal with 4 of them on target.

On the other side, RB Leipzig had 14 shots at goal with 4 on target.

Here is a game where VfL Wolfsburg could find themselves struggling to score against this RB Leipzig side who we think should get a goal themselves and run out victorious.

We therefore think that it’s going to be a very competitive encounter with a 0-1 win for RB Leipzig at the end of the match. 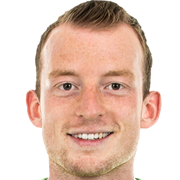 Normally taking to the field in the Centre Midfield position, Maximilian Arnold was born in Riesa, Germany. Having made his senior debut playing for VfL Wolfsburg in the 2011 - 2012 season, the dangerous Midfielder has managed 2 league goals in this Bundesliga 1 2020 - 2021 campaign so far from a total of 13 appearances.

We have made these VfL Wolfsburg v RB Leipzig predictions for this match preview with the best intentions, but no profits are guaranteed. Please always gamble responsibly, only with money that you can afford to lose. We wish you the best of luck.

⚽️ Where can I find the previews for other Bundesliga 1 games?

Look at all of our upcoming (and previous) Bundesliga 1 predictions & previews here.