Our Mallorca v Rayo Vallecano tips, poll and stats can be seen in full below (including the best match odds).

Mallorca will be looking for a repeat result of a 2-1 La Liga triumph vs Rayo Vallecano.

Javier Aguirre's Mallorca have hit the back of the net 6 times in their preceding six outings. The number of goals that they have conceded in that same time is 12.

The forward players for Rayo Vallecano have struggled for goals over their previous six games, contributing the poor return of just 4. In those matches, Franjirrojos have also seen the overall goal tally of their opponents equal 7.

Ahead of this clash, Rayo Vallecano are undefeated in their previous 3 away league matches.

Looking over their most recent head to head meetings stretching back to 11/09/2016 shows us that Mallorca have won 2 of these and Rayo Vallecano 4, with the number of draws standing at 0.

A sum of 14 goals were shared by the two clubs throughout the course of those matches, with 6 from Los Bermellones and 8 belonging to Franjirrojos. That is an average goals per game value of 2.33.

The previous league encounter between these clubs was La Liga match day 37 on 15/05/2022 which ended up with the score at Mallorca 2-1 Rayo Vallecano.

Rayo Vallecano had 11 attempts at goal with 4 on target. Pathé Ismaël Ciss (60') scored.

It doesn’t get much better regarding selection, with just one fitness concern for the Mallorca boss Javier Aguirre to contend with from a near full-strength group of players. Iñigo Ruiz de Galarreta (Cruciate Ligament Injury) is out of contention.

In an otherwise available squad, there is only a single fitness worry for the Rayo Vallecano boss Andoni Iraola to be concerned with. Martín Merquelanz (Knee Injury) misses out for this game.

We’re of the view that Mallorca look likely to score a couple of goals when they meet Rayo Vallecano, who will not find it easy finding the net themselves.

We therefore think that it’s going to be a fairly comfortable 2-0 winning score for Mallorca at the end of this one. 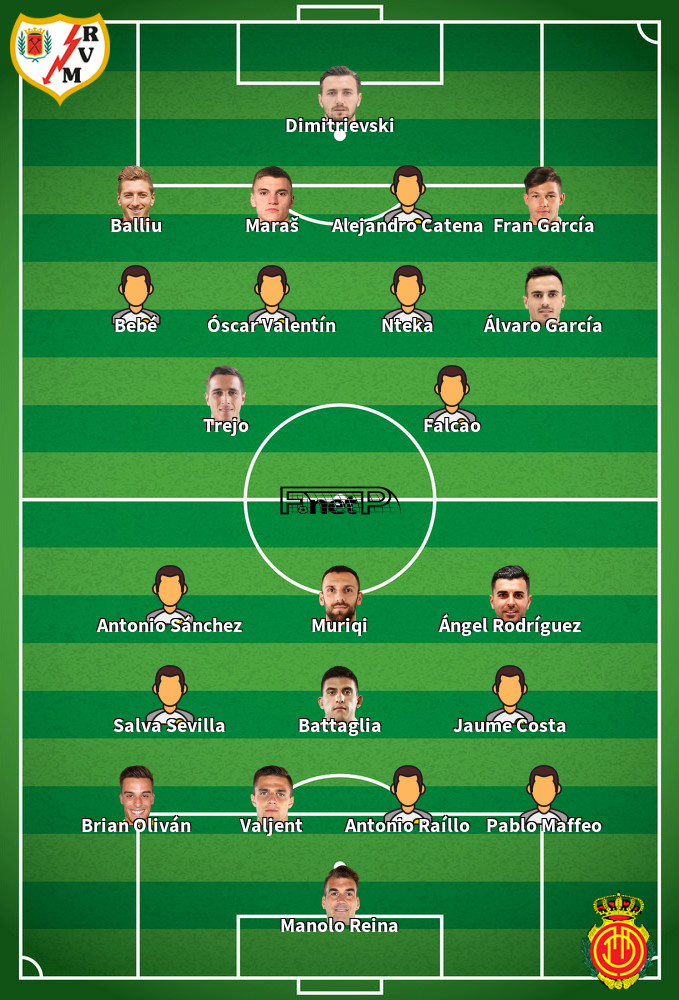