Wycombe Wanderers will be taking on away side Reading at Adams Park in this Championship fixture on Tuesday.

For all of our match predictions, pre-game poll and statistics for Wycombe Wanderers v Reading, scroll down (plus the best game odds).

Wycombe Wanderers go into this match coming off the back of a 0-0 Championship stalemate versus Millwall.

Wycombe Wanderers have really struggled up front in more recent games. Their ‘goals for’ figure stands at just 4 vs opposing sides during their last 6 fixtures. In those meetings, The Blues have also seen the tally of goals scored against them total 9.

Leading up to this clash, Wycombe Wanderers:

Following on from a loss in their previous game against Middlesbrough in Championship action, Reading and their travelling supporters will be hoping that they can get a better result in this one.

Throughout their six previous matches, Veljko Paunović's Reading have managed to stick the ball in the net a total of 7 times thus earning them the goals per game average of 1.17.

An inspection of their past head to head results going back to 14/10/2000 shows that these encounters have been disappointments for Wycombe Wanderers. They have not managed to register any victories at all while Reading have been dominant against them, winning in 67 per cent of those matches played.

11 goals were scored between the two sides throughout the course of those matches, with 2 of them from The Blues and 9 belonging to The Royals. That’s an average goals per game of 1.83.

The previous league meeting between the two was Championship match day 6 on 20/10/2020 when it ended Reading 1-0 Wycombe Wanderers.

That day, Reading managed 65% possession and 4 attempts at goal with 1 of them on target. Their only player to score was Lucas João (63').

At the other end, Wycombe Wanderers had 10 shots on goal with 3 on target.

The referee was Andy Davies.

Wycombe Wanderers boss Gareth Ainsworth doesn’t have any fitness concerns whatsoever coming into this match with a completely injury-free group available to select from.

Thanks to a largely available group of players, there is only a single fitness problem for the Reading manager Veljko Paunović to be concerned with. George Pușcaș (Surgery) misses out for this game.

We’re of the opinion that Wycombe Wanderers will have to play well to put one past this Reading lineup who we think will likely score & stay on top.

Therefore, we predict a hard-fought 0-1 winning margin for Reading at the end of this one. 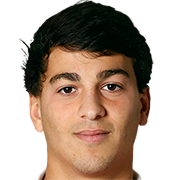 Usually deployed in the Striker position, Scott Kashket was born in London, England. After having played his first senior match for Leyton Orient in the 2014 - 2015 season, the skilful Forward has netted 4 league goals in the Championship 2020 - 2021 campaign to date from a total of 24 appearances.

While we have made these predictions for Wycombe Wanderers v Reading for this match preview with the best of intentions, no profits are guaranteed. Always gamble responsibly, and with what you can afford to lose. Good luck if you do place a bet today.