This next big Copa del Rey match on Saturday will see Real Betis do battle with Sevilla.

All Real Betis v Sevilla game predictions, stats and user poll are shown below (including the best match odds).

Real Betis head into this fixture coming off the back of a 1-1 La Liga tied result versus Rayo Vallecano.

Matches featuring Real Betis have often been absorbing ones recently with a lot of goalmouth action being a common characteristic. Over their past half dozen clashes alone, a grand total of 22 goals have flown in for both sides combined (at an average of 3.67 goals per game) with 14 of them coming from Real Betis. We will have to see if that trend will be continued on here.

Sevilla come into this match following on from a 1-0 La Liga win against Getafe in their previous game.

In that game, Sevilla managed 67% possession and 10 attempts at goal with 1 on target. The only player to score for Sevilla was Rafa Mir (22'). At the other end, Getafe CF got 4 shots on goal with 2 of them on target.

Over the course of their previous half-dozen outings, Sevilla have bagged a total of 8 goals. Sevilla have additionally got on the scoresheet on each one of those occasions. In that time, their defenders have seen 3 goals scored by their opponents.

Checking on their past head to head results stretching back to 13/04/2019 shows that these fixtures have been pretty painful for Real Betis. They’ve not managed to register any wins whatsoever whereas Sevilla have just been stronger than them, beating them in 83% of those matches.

A sum of 15 goals were yielded between them in this period, with 4 for Béticos and 11 coming from Sevillistas. That is an average goals per game value of 2.5.

On that occasion, Real Betis managed 26% possession and 8 attempts on goal with 1 on target. The scorer was Héctor Bellerín (81' Own goal).

For their opponents, Sevilla got 11 shots on goal with 2 on target. Marcos Acuña (55') scored.

The match was refereed by Antonio Mateu Lahoz.

In our opinion, Sevilla and Real Betis won’t have much between them here, and goals could be hard to come by.

Let’s see how this one goes, but it looks this could be a game with minimal goal-scoring opportunities. We’re therefore expecting a very even match with a 0-0 score after 90 minutes. 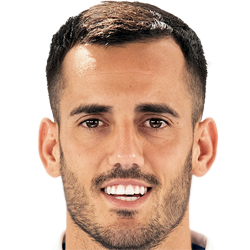 Typically used in the Striker position, Juanmi was born in Coín, Spain. After making a first senior appearance for Málaga in the 2009 - 2010 season, the accomplished Forward has scored 11 league goals in this LaLiga 2021 - 2022 campaign so far from a total of 17 appearances.

While we have made these predictions for Real Betis v Sevilla for this match preview with the best of intentions, no profits are guaranteed. Always gamble responsibly, and with what you can afford to lose. Best of luck with your selections.