Valencia will take to the pitch with visiting side Real Betis at Estadio de Mestalla in this La Liga game on Tuesday.

View all Valencia v Real Betis tips, stats and our pre-match poll below - plus the latest betting odds.

Valencia prepare for this fixture coming off the back of a 0-0 La Liga drawn game vs Athletic Bilbao.

In that game, Valencia had 41% possession and 4 attempts at goal with 1 on target. For their opponents, Athletic Bilbao got 10 attempts on goal with 5 on target.

Under three goals per match were scored during 5 of the past 6 fixtures where Valencia have been participants. With regard to the goal attribution in this period, their opponents scored a total of 7 while Valencia got themselves 4.

A look at their previous results shows us that Valencia:

Since a loss in their previous game against Barcelona in La Liga action, Real Betis and their travelling supporters will be hoping that they can get a better result in this one.

In that match, Real Betis managed 42% possession and 15 shots at goal with 5 on target. The only player on the scoresheet for Real Betis was Marc Bartra (79'). FC Barcelona had 11 attempts on goal with 5 of them on target. Ansu Fati (76') and Jordi Alba (94') scored for Barcelona.

It is worth noting that Real Betis have been starved of goals in their past 6 clashes, netting the unsatisfactory return of just 4. In those fixtures, Béticos have also seen the overall goal aggregate of opposing teams equal 5. Previous results aside, it remains to be seen if that trend might be maintained here in this match.

Going into this game, the form guide shows that Real Betis:

A review of their past head to head clashes stretching back to 23/11/2019 shows that Valencia have won 1 of these games and Real Betis 3, with the tally of drawn results being 2.

In all, 19 goals were produced between them in this period, with 7 for Los Che and 12 created by Béticos. That’s an average goals per game of 3.17.

The Valencia manager José Bordalás will be thankful to have no fitness concerns whatsoever before this clash owing to a completely injury-free squad available to choose from.

In an otherwise healthy group of players, there is only the sole fitness issue for the Real Betis manager Manuel Pellegrini to be concerned about. Martín Montoya (Achilles tendon problems) won’t be playing here.

We feel that Valencia could find themselves up against it to breach the defence of this Real Betis side who we think might score at least once to put them ahead.

Therefore, we predict a good battle with a 0-1 win for Real Betis at full-time. 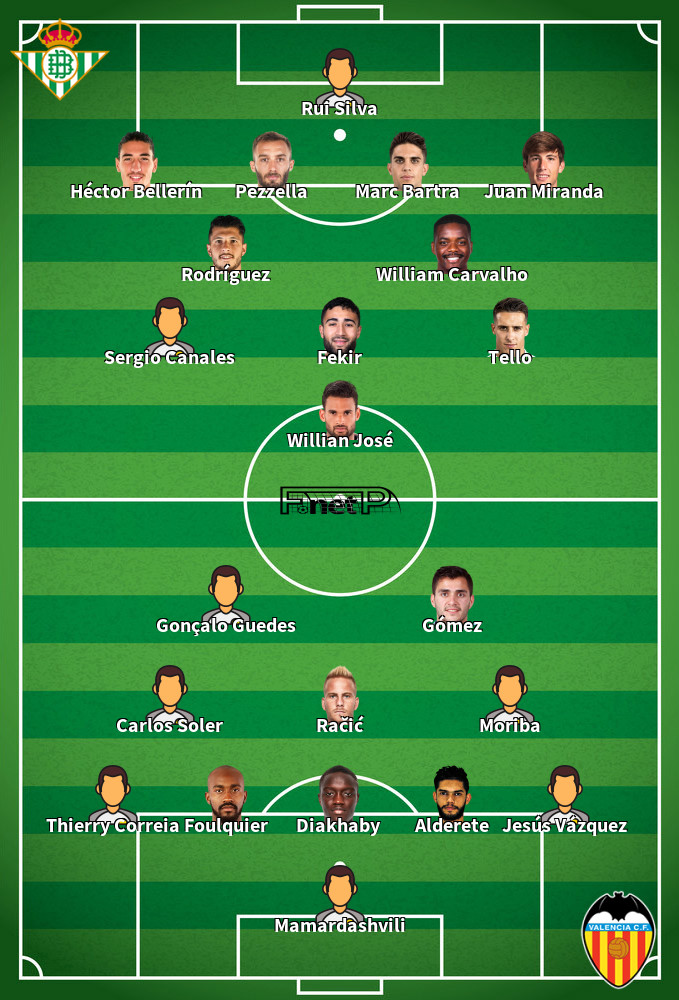 Normally used in the Striker position, Hugo Duro was born in Getafe, Spain. Having made his senior debut playing for Getafe in the 2017 - 2018 season, the talented Forward has bagged 7 league goals in the LaLiga 2021 - 2022 campaign to date in 30 appearances.

We have made these Valencia v Real Betis predictions for this match preview with the best intentions, but no profits are guaranteed. Please always gamble responsibly, only with money that you can afford to lose. Good luck if you do place a bet today.