Return to this page a few days before the scheduled game when this expired prediction will be updated with our full preview and tips for the next match between these teams.
Full-Time Result Prediction for Real Madrid vs Celta Vigo
Real Madrid to Win
Real Madrid play host to visiting opponents Celta Vigo at Estadio Santiago Bernabéu in the LaLiga meeting on Sunday.

We believe that Celta Vigo will manage to find the back of the net against this Real Madrid team, although that may not quite be enough to prevent defeat. We’re going for a very close game with a 2-1 winning margin for Real Madrid after the 90. Should be a good one. Our Real Madrid v Celta Vigo predictions, statistics and match poll can be seen below - as well as up-to-date odds. 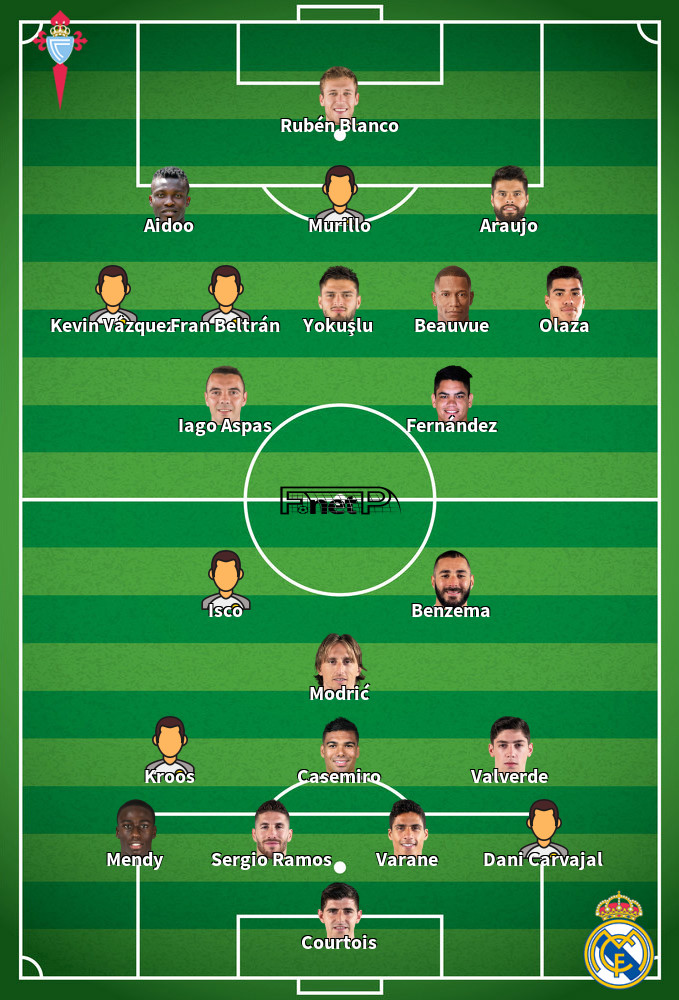 Over/Under 2.5 Goals Prediction for Real Madrid vs Celta Vigo
Over 2.5

Going into this game, the form guide shows that Real Madrid:

Mostly played in the Striker position, Karim Benzema was born in Lyon, France. Having made a first senior appearance for Olympique Lyonnais in the 2004 - 2005 season, the skilful Forward has bagged 13 league goals in the LaLiga 2019 - 2020 campaign so far in 22 appearances.

While we have made these predictions for Real Madrid v Celta Vigo for this match preview with the best of intentions, no profits are guaranteed. Always gamble responsibly, and with what you can afford to lose. Best of luck.