UD Almería will be at Campo José Luis Orbegozo on Friday for the La Liga 2 game with home team Real Sociedad B.

All of our predictions, stats and the user poll for Real Sociedad B v UD Almería are shown below - as well as the best betting odds.

Real Sociedad B will be looking for a repeat result of a 1-2 La Liga 2 triumph over Fuenlabrada.

UD Almería will go into this encounter following on from a 3-0 La Liga 2 win over Amorebieta in their last game.

In that match, UD Almería managed 56% possession and 17 shots at goal with 6 of them on target. For UD Almería, goals were scored by Srđan Babić (75') and Umar Sadiq (89'). On the other side, Amorebieta got 8 shots on goal with 2 on target. Andoni López (54' Own goal) scored for Amorebieta.

A succession of accomplished performances from the UD Almería defensive players has seen their ‘goals against’ tally amounting to 3 from their previous 6 fixtures overall. In that period, the number of goals that they have scored themselves is 12. It will be interesting to see if that trend will end up being sustained here.

The previous league contest featuring these sides was La Liga 2 match day 11 on 21/10/2021 when it finished UD Almería 3-1 Real Sociedad B.

For their opponents, Real Sociedad B got 10 shots on goal with 4 of them on target. Jon Magunazelaia (20') scored.

The match was refereed by Javier Iglesias Villanueva.

The Real Sociedad B manager Xabi Alonso will be happy not to have any fitness worries to speak of coming into this game owing to a completely healthy squad available for selection.

Real Sociedad B could find themselves struggling to get anything against this UD Almería lineup who will likely do enough to score at the other end and edge ahead.

We therefore fancy a good battle with a 0-1 winning margin for UD Almería at the end of the 90 minutes. 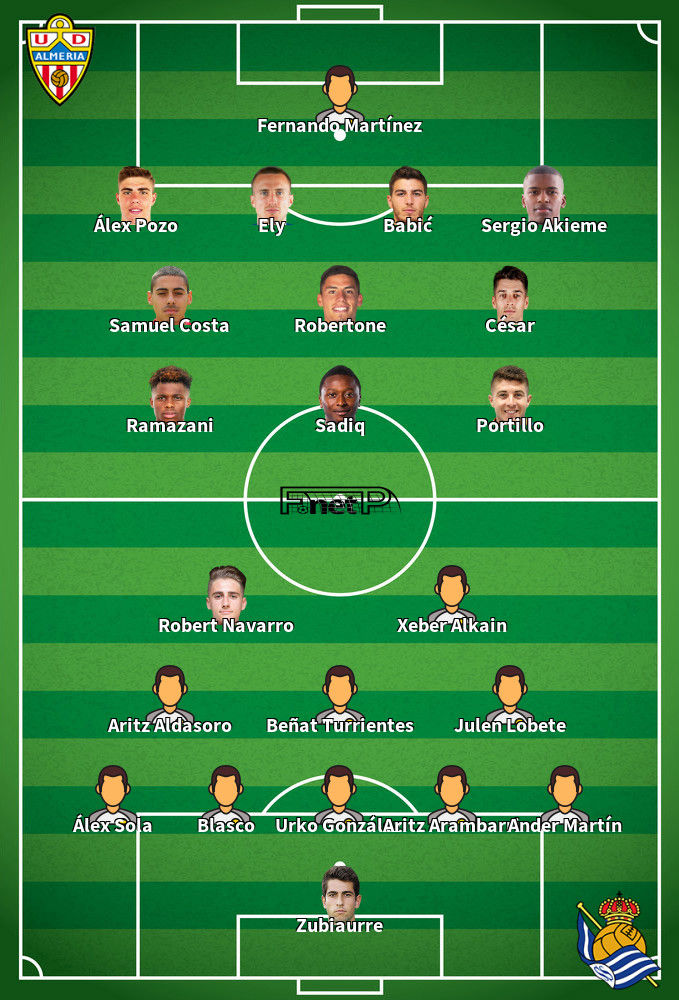 Usually played in the Right Wing position, Xeber Alkain was born in Hondarribia, Spain. Having made his senior debut playing for Real Sociedad B in the 2021 - 2022 season, the skilful Forward has struck 8 league goals in this LaLiga2 2021 - 2022 season so far coming from a total of 35 appearances.

We have made these Real Sociedad B v UD Almería predictions for this match preview with the best intentions, but no profits are guaranteed. Please always gamble responsibly, only with money that you can afford to lose. Best of luck.