Return to this page a few days before the scheduled game when this expired prediction will be updated with our full preview and tips for the next match between these teams.
Full-Time Result Prediction for Real Sociedad vs CD Mirandés
Real Sociedad to Win
The wait is nearly over for the fascinating Copa del Rey semi-final contest between Real Sociedad and CD Mirandés on Thursday. Having both made it this far, and with the prize for the team that gets through the tie being an appearance in the final, we are expecting to see an exciting game of football.

We feel that in this game, Real Sociedad will, in all likelihood, be able to create a high number of chances and successful shots on target. At the other end, CD Mirandés may well find it hard finding the net themselves - but, we do see them managing to get on the scoresheet as well here. We reckon that it will be a comfortable 3-1 margin for Real Sociedad after 90 minutes. Our full set of predictions, statistics and match poll for Real Sociedad v CD Mirandés can be seen below - plus the latest betting odds. 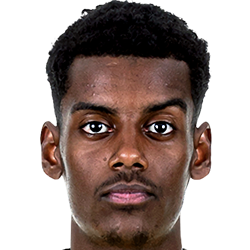 Regularly playing in the Striker position, Alexander Isak was born in Solna, Sweden. After having played his first senior match for AIK in the 2016 season, the goalscoring Forward has contributed 7 league goals in the LaLiga 2019 - 2020 season so far coming from a total of 23 appearances.

While we have made these predictions for Real Sociedad v CD Mirandés for this match preview with the best of intentions, no profits are guaranteed. Always gamble responsibly, and with what you can afford to lose. Best of luck with your selections.