Our Rijeka v Real Sociedad tips, poll and stats can be seen in full below (plus the best game odds).

Rijeka will be hoping for a repeat of their last result, following a 2-1 Prva Liga triumph against Varaždin.

Over their preceding 6 fixtures, Simon Rožman's Rijeka have scored a total of 9 times resulting in an average number of goals per match of 1.5.

Real Sociedad will go into the game following on from a 0-3 La Liga win against Real Betis in their last match.

A run of reliable performances by the Real Sociedad defence has resulted in their ‘goals against’ tally standing at 2 from their past 6 outings in total. Over that same period, the number of goals that they have scored themselves amounts to 10.

We’re of the opinion that Rijeka are likely to find the net against this Real Sociedad lineup, although just one goal possibly won’t be good enough.

We therefore reckon that it will be both teams to score in a 1-2 victory for Real Sociedad at the end of this one. Let’s see what eventuates. 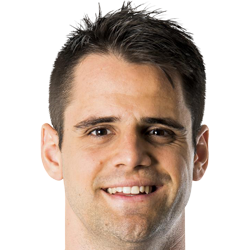 Regularly deployed in the Central Attacking Midfielder position, Franko Andrijašević was born in Croatia. Having played his first senior match for Hajduk Split in the 2009 - 2010 season, the dangerous Midfielder has struck 3 league goals in this Prva Liga 2020 - 2021 campaign to date in a total of 4 appearances.

We have made these Rijeka v Real Sociedad predictions for this match preview with the best intentions, but no profits are guaranteed. Please always gamble responsibly, only with money that you can afford to lose. Good luck if you do place a bet today.