The La Liga game at Reale Arena on Sunday will see home side Real Sociedad facing opposition in the form of Valencia.

Scroll down to see all of the predictions, poll and statistics for Real Sociedad v Valencia - along with the latest match odds.

Real Sociedad will be looking for a repeat result of a 0-2 La Liga triumph vs Osasuna.

In that match, Real Sociedad managed 57% possession and 9 attempts at goal with 4 of them on target. For Real Sociedad, goals were scored by Mikel Merino (72') and Adnan Januzaj (82'). On the other side, CA Osasuna got 6 shots on goal with 2 on target.

Their most recent results highlight the fact that much respect should be given to the Real Sociedad defence. Real Sociedad have been miserly, with the tally of goals that have gone past their goalkeeper over the course of their past six games standing at 4.

A look at their previous results shows us that Real Sociedad:

In their last game, Valencia drew 3-3 in the La Liga match with Atlético Madrid.

Proving their predisposition for high-scoring matches, we’ve had goals 21 times in the last 6 matches in which Valencia have taken to the pitch, making it an average of 3.5 goals for each meeting. Their opponents have managed 12 from this total. We will have to find out whether or not that trend can be sustained in this game.

Ahead of this clash, Valencia are without an away win for the past 4 matches in the league.

Looking over their prior head to head clashes stretching back to 29/09/2018 tells us that Real Sociedad have won 1 of these & Valencia 2, with the number of drawn games standing at 3.

11 goals were produced between them during those clashes, with 6 from Txuri-urdin and 5 netted by Los Che. This gives an average number of goals per game equal to 1.83.

The last league match featuring the two was La Liga match day 30 on 11/04/2021 which finished with the scoreline of Valencia 2-2 Real Sociedad.

That time, Valencia managed 40% possession and 9 shots at goal with 2 of them on target. Goals were scored by Daniel Wass (60') and Gabriel Paulista (73').

The Real Sociedad boss Imanol Alguacil doesn’t have any fitness worries to speak of ahead of this match with a fully healthy group ready to go.

With a fully injury-free group available for selection, the Valencia boss José Bordalás has zero fitness worries at all ahead of this clash.

In our opinion, Real Sociedad can and should convert a lot of goal-scoring opportunities.

However, Valencia will not find it easy to score - but, we do see them getting enough chances to score, too.

We reckon that it will be a 3-1 winning margin for Real Sociedad when the full-time whistle blows. 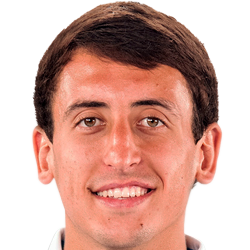 Mostly deployed in the Left Wing position, Mikel Oyarzabal was born in Eibar, Spain. Having played his first senior match for Real Sociedad in the 2015 - 2016 season, the dangerous Forward has hit 6 league goals in this LaLiga 2021 - 2022 campaign so far in 8 appearances.

While we have made these predictions for Real Sociedad v Valencia for this match preview with the best of intentions, no profits are guaranteed. Always gamble responsibly, and with what you can afford to lose. Good luck with your selections.