The Valencia v Real Valladolid live stream video is set for broadcast on 09/05/2021. Supporters of the teams can watch the fixture on a live streaming service should the game be included in the schedule mentioned above. Here we provide you with helpful information for watching this La Liga match that includes the most recent guide to form, head to head meetings and our game views.

To view this game via other ways, search for broadcasters’ listings for your locality. These broadcasting contracts are generally allocated on a per-competition/league or even per-match level. For matches shown live on regional television programmes, check the listings on the likes of BT Sport, Amazon Prime Video, Sky Sports, Now TV, iTV, Canal+, Fox Soccer, ESPN relevant to where you are.

When the abovementioned broadcaster indicates that they have the Valencia v Real Valladolid soccer live streaming coverage, you can see the game on a mobile (iPhone, Android including Tecno) and PC plus tablet (eg iPad, Alba).

After the match finishes, we might also link to match highlights from time to time. We are not responsible for the transmission of any game video content linked to from here. All legal issues must be dealt with via the hosters/owners of such content.

Real Valladolid arrive at Estadio de Mestalla on Sunday for the La Liga meeting with home side Valencia.

For all of our match predictions, pre-game poll and statistics for Valencia v Real Valladolid, scroll down - plus the latest betting odds.

Valencia will be wanting a better result here after a 2-3 La Liga loss in their previous game against Barcelona.

In that match, Valencia managed 31% possession and 9 shots on goal with 4 on target. For Valencia, the goalscorers were Gabriel Paulista (50') and Carlos Soler (83'). On the other side, FC Barcelona got 14 attempts on goal with 7 of them on target. Lionel Messi (57', 69') and Antoine Griezmann (63') scored for Barcelona.

Los Che have been finding it hard to keep clean sheets lately, although they have also done enough to convert their own chances into goals. Over their last 6 matches, Los Che have conceded in 6 of them as well as managing to get on the scoresheet in 6 of those games. Regardless, we must now wait to see whether the trend might continue on in this next game or not.

Looking at the pre-match facts, Valencia:

In their last fixture, Real Valladolid drew 1-1 in the La Liga match with Real Betis.

Real Valladolid have been a threat going forward in the lead-up to this encounter, having scored 6 times in their last 6 matches. While their manager Sergio González will no doubt take that as a positive sign, Pucela can also improve defensively after being scored against in 6 of those same matches.

Leading up to this clash, Real Valladolid:

Looking over their past head to head clashes stretching back to 06/04/2014 shows us that Valencia have won 3 of these games & Real Valladolid 0, with the tally of drawn games standing at 3.

A sum of 10 goals were yielded between them in these games, with 7 from Los Che and 3 belonging to Pucela. The average goals per game has been 1.67.

The previous league meeting between these sides was La Liga match day 18 on 10/01/2021 and the score finished Real Valladolid 0-1 Valencia.

On that day, Real Valladolid managed 42% possession and 11 attempts on goal with 4 on target.

For their opponents, Valencia got 17 attempts at goal with 6 of them on target. Carlos Soler (76') scored.

Valencia boss Salvador Voro will be thankful to have no fitness concerns to speak of coming into this match thanks to a fully injury-free squad available to select from.

Our assessment is that Real Valladolid have enough to put one past this Valencia side, but that isn’t expected to be enough to avoid defeat.

We’re expecting a very close game with a 2-1 winning margin for Valencia at the end of the 90 minutes. It should be a decent one. 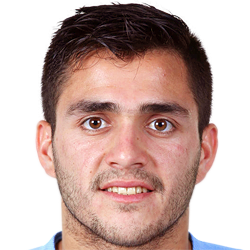 Regularly played in the Striker position, Maxi Gómez was born in Paysandú, Uruguay. Having made a first senior appearance for Defensor Sporting in the 2015 - 2016 season, the skilful Forward has struck 5 league goals in this LaLiga 2020 - 2021 season to date coming from a total of 27 appearances.

We have made these Valencia v Real Valladolid predictions for this match preview with the best intentions, but no profits are guaranteed. Please always gamble responsibly, only with money that you can afford to lose. Good luck!

⚽️ Where can I get the predictions for other La Liga games?

View all of our next (and previous) La Liga predictions & previews here.