View all Santos v Red Bull Bragantino tips, stats and our pre-match poll below - plus the latest match odds.

Santos will be hoping for a repeat of their last result, following the 1-2 Serie A triumph vs Juventude.

Santos have not been the best at stopping their opponents lately, although they have also found ways to convert their own chances into goals. Analysis of their previous 6 games shows that Santos have conceded in 6 of them while also getting on the scoresheet in 5 of those games. That sort of trend might not follow through into this next game, however.

Red Bull Bragantino will come into the match after a 4-2 Serie A win against Coritiba in their previous fixture.

For 5 of the prior 6 clashes involving Red Bull Bragantino, a comparatively low number of goals have gone in between them and their opposition. The overall average goals scored per game during that period is just 2.33, with the number of goals averaged by Leão da Zona equalling 1.17.

The previous league meeting between the two was Serie A match day 31 on 10/11/2021 when it finished Santos 2-0 Red Bull Bragantino.

On that occasion, Santos had 43% possession and 11 attempts on goal with 5 of them on target. The goals were scored by Marinho (28') and Carlos Sánchez (93').

Red Bull Bragantino had 14 shots at goal with 3 on target.

The match was refereed by Raphael Claus.

The Santos boss Fabián Bustos will be grateful to have no fitness concerns whatsoever ahead of this game owing to a fully injury-free group available to choose from.

Owing to an otherwise healthy group, there’s only a single fitness issue for the Red Bull Bragantino boss Maurício Barbieri to be concerned with. Emiliano Martínez (Achilles tendon problems) misses out for this game.

Our assessment is that Red Bull Bragantino should be able to put a goal past this Santos lineup, however it might not prevent them from conceding a couple at the other end.

Our selection here is for a tight encounter finishing with a 2-1 win for Santos by the conclusion of the game. Should be a good one. 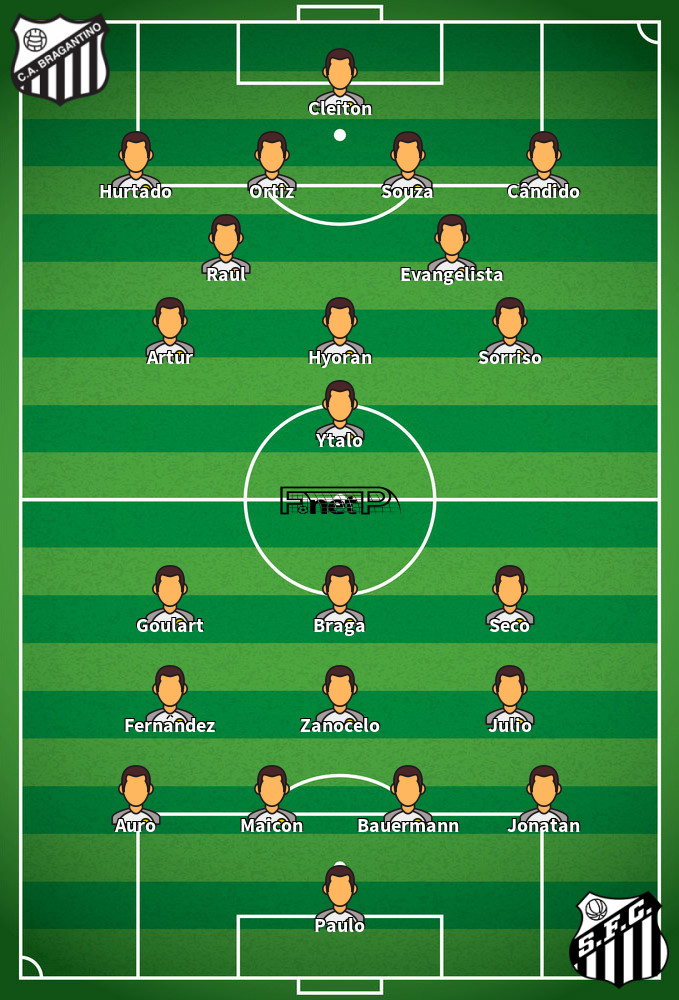 Mostly playing in the Striker position, Marcos Leonardo was born in Itapetinga, Brazil. Having made his senior debut playing for Santos in the 2020 season, the talented Forward has netted 5 league goals in the Série A 2022 season so far coming from a total of 9 appearances.

While we have made these predictions for Santos v Red Bull Bragantino for this match preview with the best of intentions, no profits are guaranteed. Always gamble responsibly, and with what you can afford to lose. Good luck!