Südtirol-Alto Adige will face off against visiting team Reggina at Stadio Druso in the Serie B clash on Saturday.

Südtirol-Alto Adige will play in this fixture following a 0-0 Serie B stalemate vs Reggina.

The trend of at least one team drawing a blank in games featuring Reggina has become noticeable recently. Looking at their last six outings reveals that it’s happened 5 times. During these clashes, their opponents have managed a goal aggregate of 5 while Reggina have scored 4. We will have to see if that trend can be sustained here.

Coming into this contest, Reggina are undefeated in their last 5 league matches away from home.

The last league clash featuring these clubs was Serie B match day 3 on 28/08/2022 when it ended Reggina 4-0 Südtirol-Alto Adige.

Südtirol-Alto Adige had 6 shots on goal with 1 of them on target.

The match was refereed by Daniele Rutella.

Looking at personnel, there is just the lone fitness concern for the Südtirol-Alto Adige manager Pierpaolo Bisoli to contend with from an otherwise complete group of players. Simone Davì (Unknown Injury) misses out.

Thanks to a completely healthy group to pick from, the Reggina manager Filippo Inzaghi has no fitness worries to speak of before this match. Zan Majer will not be able to play in this game through being suspended.

Our thinking is that Südtirol-Alto Adige will have to work hard as a team to breach the defence of this Reggina lineup who we think might get the vital goal that wins it.

That’s why our selection here is for a narrow 0-1 advantage for Reggina at the end of the 90. 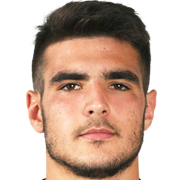 Typically deployed in the Striker position, Matteo Rover was born in Motta di Livenza, Italy. After having played his first senior match for Südtirol-Alto Adige in the 2022 - 2023 season, the talented Forward has hit 5 league goals in the Serie B 2022 - 2023 season so far in 19 appearances.

While we have made these predictions for Südtirol-Alto Adige v Reggina for this match preview with the best of intentions, no profits are guaranteed. Always gamble responsibly, and with what you can afford to lose. Good luck with your selections.