Venezia host away team Reggina at Stadio Pier Luigi Penzo in the Serie B fixture on Friday.

Our full set of predictions, statistics and match poll for Venezia v Reggina can be seen below (inc. the best betting odds).

Venezia fans will want a repeat of their previous result, being a 1-4 Serie B triumph versus Monza.

Arancioneroverdi have been finding it hard to keep clean sheets recently, although they’ve also found ways to score goals themselves. Analysis of their previous 6 games shows that Arancioneroverdi have conceded in 6 of them in addition to getting on the scoresheet in 5 of those matches. We will just have to find out if that trend can be sustained here.

Ahead of this clash, Venezia are without a home win in the past 2 league matches.

In their last game, Reggina drew 1-1 in the Serie B match with Chievo Verona.

Marco Baroni's Reggina have fired home a total of 6 times in the course of their latest 6 matches. The overall goals that have been scored against them during those matches adds up to 6.

Coming into this meeting, Reggina are without a win away from home in their last 2 league matches.

The previous league meeting featuring these sides was Serie B match day 12 on 14/12/2020 when it ended Reggina 1-2 Venezia.

On that day, Reggina had 40% possession and 11 shots at goal with 2 of them on target. Their only player to score was Kyle Lafferty (11').

For their opponents, Venezia had 14 shots at goal with 5 of them on target. Mattia Aramu (76') and Riccardo Bocalon (83') scored.

Thanks to a fully injury-free squad to pick from, Reggina manager Marco Baroni does not have any fitness worries to speak of before this clash.

Our thinking is that Reggina might well have a job on their hands to score against this Venezia team who will likely score at least once to put them ahead.

Therefore, we predict a 1-0 victory for Venezia at the end of the 90. 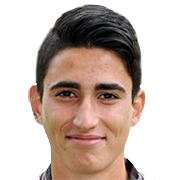 Regularly taking up the Central Defensive Midfielder position, Luca Fiordilino was born in Palermo, Italy. Having made a first senior appearance for Palermo in the 2017 - 2018 season, the dangerous Midfielder has scored a sum of 4 league goals in this Serie B 2020 - 2021 campaign so far in 29 appearances.

We have made these Venezia v Reggina predictions for this match preview with the best intentions, but no profits are guaranteed. Please always gamble responsibly, only with money that you can afford to lose.