Return to this page a few days before the scheduled game when this expired prediction will be updated with our full preview and tips for the next match between these teams.
Full-Time Result Prediction
👉
Thespa Kusatsu to Win

Thespa Kusatsu will be taking on visiting team Renofa Yamaguchi at Shoda Shoyu Stadium Gumma in the J2 League meeting on Saturday.

All Thespa Kusatsu v Renofa Yamaguchi match predictions, user poll and stats are shown below - as well as up-to-date odds.

Thespa Kusatsu will be hoping for a repeat of their last result, following a 0-1 J2 League victory over AFC Blaublitz Akita.

The only scorer from Thespa Kusatsu was Toshiya Tanaka (17').

Thespa Kusatsu have really struggled up front in more recent games. Their sum of goals equals just 4 versus opponents over the course of their previous 6 outings. In those games, Thespa Kusatsu have also seen the number of goals against them total 3. Nonetheless, we will just have to wait and see if that pattern will be maintained in this next game.

Renofa Yamaguchi head into the meeting following on from a 0-1 J2 League win as they beat FC Ryukyu in their last game.

The only scorer from Renofa Yamaguchi was Kensuke Sato (74').

Heading into this fixture, Renofa Yamaguchi are unbeaten in their last 2 league matches away from home.

A review of their most recent head-to-head clashes dating back to 16/08/2017 tells us that Thespa Kusatsu have won 2 of these games & Renofa Yamaguchi 3, with the tally of drawn matches being 1.

A combined total of 17 goals were scored between them in this period, with 9 for Gunma and 8 belonging to Renofa. The average goals per game has been 2.83.

The previous league contest featuring these sides was J2 League match day 20 on 05/06/2022 which ended up with the score at Renofa Yamaguchi 2-1 Thespa Kusatsu.

The Thespa Kusatsu manager Tsuyoshi Otsuki will be happy not to have any fitness concerns whatsoever coming into this clash with a fully injury-free group to pick from.

Renofa Yamaguchi manager Yoshihiro Natsuka has a number of players out of action. Hiroto Ishikawa (Rupture of Outer Meniscus), Shuhei Otsuki (Medial Collateral Ligament Injury) and Riku Kamigaki (Metatarsal Fracture) are names that won’t be on the team sheet.

In our view, Renofa Yamaguchi have enough to put one past this Thespa Kusatsu lineup, however that probably won’t quite prevent them from conceding a couple at the other end.

We’re tipping a close game with a 2-1 winning margin for Thespa Kusatsu by the time that the referee blows the final whistle. We’ll have to see what happens. 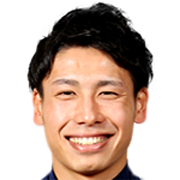 Customarily deployed in the Striker position, Shu Hiramatsu was born in Japan. Having made a first senior appearance for Albirex Niigata in the 2015 season, the skilful Forward has contributed 6 league goals in the J2 League 2022 season so far in a total of 29 appearances.

We have made these Thespa Kusatsu v Renofa Yamaguchi predictions for this match preview with the best intentions, but no profits are guaranteed. Please always gamble responsibly, only with money that you can afford to lose. Good luck with your selections.