Our Seraing v Sint-Truidense VV predictions, statistics and match poll can be seen below including the latest game odds.

Seraing, following on from their previous result, will be hoping for more of the same after the 1-3 First Division A victory vs Oud-Heverlee Leuven.

Matches involving Seraing have proved to be entertaining affairs of late with a lot of goalmouth action being a common characteristic. Over their past half dozen clashes, a total of 22 goals have flown in for both teams combined (at an average of 3.67 goals per game) with 9 of those coming from Seraing.

Coming into this meeting, Seraing are without a home win in the past 2 league games.

Sint-Truidense VV will come into the game after a 2-1 First Division A win to defeat Antwerp in their previous game.

Sint-Truidense VV have attacked well of late, scoring 9 goals in their last 6 matches. This doesn’t mask the fact that Sint-Truidense VV have been somewhat leaky at the back, having also been scored against in 5 of those same matches. We will have to see whether or not that trend will be sustained in this game.

The Seraing manager Jordi Condom does not have any fitness concerns to speak of coming into this clash thanks to a completely injury-free squad available to select from.

With a completely healthy group available to choose from, the Sint-Truidense VV manager Bernd Hollerbach doesn’t have any fitness worries at all before this match.

We feel that Sint-Truidense VV and Seraing could well cancel each other out, with goals at a real premium.

Let’s see what happens, but it could well be that we end up with scores level and two clean sheets. We’re therefore seeing a tight encounter with a 0-0 draw at the end of this one. 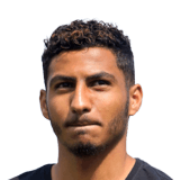 Usually taking up the Central Attacking Midfielder position, Youssef Maziz was born in Thionville, France. After having made a senior debut playing for FC Metz in the 2016 - 2017 season, the goalscoring Midfielder has got 6 league goals in this First Division A 2021 - 2022 campaign so far coming from a total of 15 appearances.

We have made these Seraing v Sint-Truidense VV predictions for this match preview with the best intentions, but no profits are guaranteed. Please always gamble responsibly, only with money that you can afford to lose.