Return to this page a few days before the scheduled game when this expired prediction will be updated with our full preview and tips for the next match between these teams.
Full-Time Result Prediction for Rio Ave vs Gil Vicente
Rio Ave to Win
Rio Ave are going up against visiting rivals Gil Vicente at Estádio do Rio Ave in the Primeira Liga fixture on Monday.

We believe that Gil Vicente are likely to score a goal against this Rio Ave side, although that is unlikely to be enough to avoid defeat. Our tip is for a 2-1 win for Rio Ave at the end of the 90 minutes. Looking forward to this. Full predictions, stats & game poll for the Rio Ave v Gil Vicente match are shown here - plus the latest match odds. 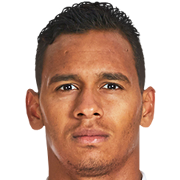 Normally playing in the Centre Midfield position, Filipe Augusto was born in Itambé, Brazil. After making a first senior appearance for Rio Ave in the 2012 - 2013 season, the accomplished Midfielder has struck 3 league goals in the Primeira Liga 2019 - 2020 season so far in 12 appearances.

While we have made these predictions for Rio Ave v Gil Vicente for this match preview with the best of intentions, no profits are guaranteed. Always gamble responsibly, and with what you can afford to lose. Best of luck.