Sarmiento will be at Estadio Antonio Vespucio Liberti on Sunday for the Superliga meeting with home side River Plate.

All River Plate v Sarmiento match predictions, user poll and stats are shown below - plus the latest betting odds.

River Plate will want to continue from where they left off last time out with a 0-3 Superliga triumph against Aldosivi.

In their last 6 fixtures, Marcelo Gallardo's River Plate have found the net 8 times, an average number of goals scored per match of 1.33.

Following on from a losing effort in their last game against Colón in Superliga action, Sarmiento will be aiming to make amends here.

In that game, Sarmiento managed 55% possession and 23 shots at goal with 7 of them on target. The scorer for Sarmiento was Lisandro López (58'). For their opponents, Colón got 12 attempts on goal with 4 of them on target. Luis Miguel Rodríguez (19'), Cristian Bernardi (86') and Ramón Ábila (93') scored for Colón.

The attacking players from Sarmiento have failed to get amongst the goals over their previous 6 games, recording the disappointing return of only 4. In those matches, Verde have also seen the overall goal aggregate against them equal 6. Such a pattern isn’t assured to be sustained into this game, though.

Coming into this contest, Sarmiento have not won away from home in their last 10 league matches. Their travelling support will be needed here, for sure.

The last league clash featuring these sides was Copa de la Liga Profesional match day 13 on 01/05/2022 which finished with the scoreline of Sarmiento 0-7 River Plate.

That time, Sarmiento had 29% possession and 6 attempts at goal with 1 on target.

The match was refereed by Fernando Rapallini.

Nearly everyone is up for selection, with just the lone fitness concern for the River Plate gaffer Marcelo Gallardo to be concerned about from an otherwise complete group of players. Robert Rojas (Tibia and Fibula Fracture) misses out.

Thanks to a mainly full-strength group of players, there’s only the one fitness issue for the Sarmiento boss Israel Damonte to be concerned about. Lucas Acosta (Ligament Injury) won’t be in action.

We believe that River Plate will, in all likelihood, be able to create a good number of chances & successful shots on target.

Conversely, Sarmiento could well struggle getting goals but do we see them getting the chances to score, too.

We can therefore see a 3-1 win for River Plate at the end of the match. 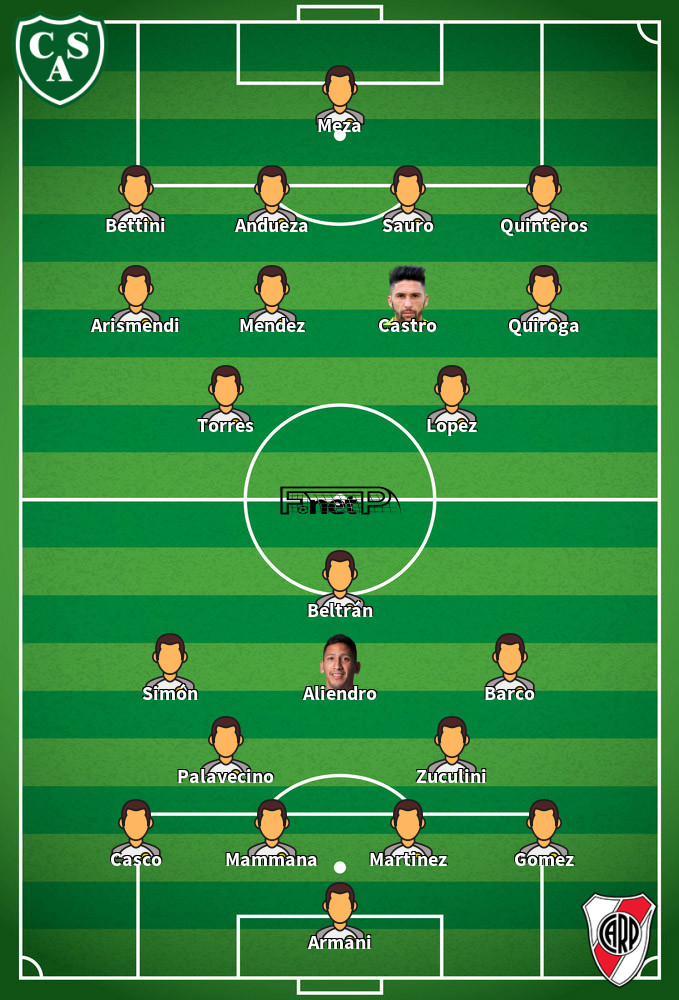 Normally used in the Striker position, Lucas Beltrán was born in Argentina. After having made a senior debut playing for River Plate in the 2018 - 2019 season, the dangerous Forward has scored 3 league goals in this Superliga 2022 campaign to date coming from a total of 6 appearances.

We have made these River Plate v Sarmiento predictions for this match preview with the best intentions, but no profits are guaranteed. Please always gamble responsibly, only with money that you can afford to lose. We wish you the best of luck.