Return to this page a few days before the scheduled game when this expired prediction will be updated with our full preview and tips for the next match between these teams.
Full-Time Result Prediction for RKC Waalwijk vs FC Zwolle
Draw
RKC Waalwijk meet visiting side FC Zwolle at Mandemakers Stadion in the Eredivisie tie on Saturday.

We are of the inclination to think that FC Zwolle and RKC Waalwijk should be able to score more than one goal each in what is shaping up to be a fairly even contest. It’s looking like it could well end up as a draw but we do expect to see goals at each end. We’re therefore predicting a great battle with a draw when the full-time whistle blows. Full predictions, pre-match stats and user poll for RKC Waalwijk v FC Zwolle are shown on this page - as well as up-to-date odds.

Taking a look at their past results, FC Zwolle:

Coming into this clash, RKC Waalwijk have not registered a win against FC Zwolle in their previous 5 league games. 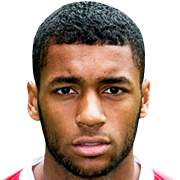 Usually played in the Striker position, Sylla Sow was born in Nijmegen, Netherlands. Having made his senior debut playing for Jong Utrecht in the 2016 - 2017 season, the goalscoring Forward has netted 3 league goals in the Eredivisie 2019 - 2020 season to date from a total of 17 appearances.

While we have made these predictions for RKC Waalwijk v FC Zwolle for this match preview with the best of intentions, no profits are guaranteed. Always gamble responsibly, and with what you can afford to lose. Good luck if you do place a bet today.