SM Caen journey to Stade Paul-Lignon on Saturday for the Ligue 2 meeting with home side Rodez.

Our Rodez v SM Caen tips, poll and stats can be seen in full below - plus the latest match odds.

Rodez, following on from their previous result, will be hoping for more of the same after the 0-1 Ligue 2 triumph over SC Bastia.

The only scorer from Rodez was Kyllian Corredor (93').

Fewer than three goals per match were seen in 5 of the last 6 fixtures where Rodez have been involved. With regard to the goal distribution in that period, opposing sides scored a total of 7 and Rodez managed the sum of 5.

Ahead of this meeting, Rodez are unbeaten in their previous 2 home league matches.

SM Caen head into the game following on from a 2-0 Ligue 2 win versus Quevilly-Rouen in their most recent outing.

In 5 of the prior six clashes involving SM Caen, a comparatively low number of goals have gone in between them and their opponents. The overall average number of goals per game within that spell comes to a mere 2, with the number of goals averaged by Caen standing at 1.17. That sort of trend might not follow through here, of course.

Regarding absentees, there’s just one fitness concern for the Rodez boss Laurent Peyrelade to be concerned about thanks to an otherwise robust group. Amiran Sanaia (cancer) will miss out.

In an otherwise available group of players, there is only a single fitness problem for the SM Caen boss Stéphane Moulin to be concerned about. Mehdi Chahiri (Ankle Fracture) won’t be playing here.

In our view, SM Caen will have to work hard as a team to find the net against this Rodez side who we reckon should score one, at least.

We’re therefore anticipating a very even contest with a 1-0 victory for Rodez when the full-time whistle blows. 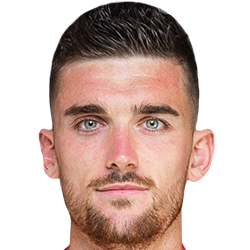 Mostly used in the Striker position, Clément Depres was born in France. After making a first senior appearance for Nîmes in the 2014 - 2015 season, the talented Forward has managed 4 league goals in the Ligue 2 2021 - 2022 campaign to date from a total of 27 appearances.

We have made these Rodez v SM Caen predictions for this match preview with the best intentions, but no profits are guaranteed. Please always gamble responsibly, only with money that you can afford to lose. Good luck with your selections.