The Eliteserien fixture at Sarpsborg Stadion on Sunday will see hosts Sarpsborg 08 take on Rosenborg BK.

For all of our match predictions, pre-game poll and statistics for Sarpsborg 08 v Rosenborg BK, scroll down - as well as the best betting odds.

Sarpsborg 08 won’t want a repeat of their last result here after a 2-1 Eliteserien defeat last time out to FK Haugesund.

In that game, Sarpsborg 08 had 54% possession and 9 attempts at goal with 2 on target. The only player on the scoresheet for Sarpsborg 08 was Ibrahima Koné (83'). For their opponents, FK Haugesund got 8 shots on goal with 3 on target. Alexander Stølås (47') and Sondre Liseth (48') scored for FK Haugesund.

Lars Bohinen's Sarpsborg 08 have scored a sum total of 9 times in their preceding half-dozen outings. At the other end, the number of goals that have been scored against them in those fixtures stands at 8.

Leading up to this clash, Sarpsborg 08:

Rosenborg BK will go into this game following a 3-2 Eliteserien win with the defeat of Tromsø IL in their last outing.

In a total of 5 out of the previous 6 clashes involving Rosenborg BK, a minimum of three goals have been struck. The average goals scored per game within that time is 3.67, with the number of goals averaged by Rosenborg BK coming out as 2. We will have to find out if that trend will be sustained into this next match.

A look at their prior head-to-head meetings stretching back to 23/09/2018 shows that Sarpsborg 08 have won 1 of these and Rosenborg BK 4, with the number of draws standing at 1.

An aggregate of 17 goals were shared by the two clubs in this period, with 5 for Sarpsborg and 12 for Troillongan. The average goals per game has been 2.83.

The last league fixture between these sides was Eliteserien match day 8 on 20/06/2021 which ended up with the score at Rosenborg BK 0-1 Sarpsborg 08.

That time, Rosenborg BK managed 58% possession and 13 attempts at goal with 3 of them on target.

Sarpsborg 08 got 8 shots at goal with 5 of them on target. Joachim Thomassen (62') scored.

The Sarpsborg 08 boss Lars Bohinen has no fitness concerns whatsoever coming into this game with a completely healthy squad to choose from. Ibrahima Koné is ineligible for this match because of suspension.

We’re envisaging that Sarpsborg 08 could find themselves struggling to hit the back of the net against this Rosenborg BK team who should score at least once to put them ahead.

We therefore think that it’s going to be a very competitive encounter with a 0-1 winning score for Rosenborg BK when all is said and done. 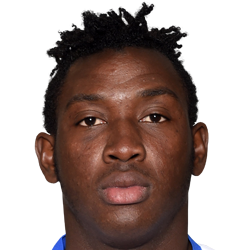 Typically playing in the Striker position, Ibrahima Koné was born in Mali. After making a first senior appearance for FK Haugesund in the 2018 season, the talented Forward has contributed 9 league goals in this Eliteserien 2021 campaign so far in a total of 17 appearances.

While we have made these predictions for Sarpsborg 08 v Rosenborg BK for this match preview with the best of intentions, no profits are guaranteed. Always gamble responsibly, and with what you can afford to lose. We wish you the best of luck.