The Eliteserien game at Marienlyst Stadion on Sunday sees home side Strømsgodset IF taking on opponents Rosenborg BK.

Strømsgodset IF will be looking for an improved result here following the 0-5 Eliteserien loss in their previous game against Sandefjord.

Strømsgodset IF have struggled with their forward play of late. Their ‘goals for’ figure stands at just 4 against opposition teams during their previous six matches. In those meetings, Strømsgodset IF have also seen the number of goals that have gone against them come to 11.

A look at their previous results shows us that Strømsgodset IF:

In their previous game, Rosenborg BK drew 0-0 in the Eliteserien match with Molde FK.

In the course of their six previous matches, Kjetil Rekdal's Rosenborg BK have found the back of the net a total of 9 times thus giving them a goals scored per game average of 1.5.

A look at their previous results shows us that Rosenborg BK:

If we look at their past head to head meetings stretching back to 22/04/2019, there is nothing to separate the two clubs with Strømsgodset IF winning 1 of those games, Rosenborg BK 1 and 4 being drawn in normal time.

The last league contest between the two was Eliteserien match day 30 on 12/12/2021 when the final score was Rosenborg BK 2-2 Strømsgodset IF.

That day, Rosenborg BK managed 63% possession and 8 attempts at goal with 4 of them on target. The scorers were Even Hovland (21' Own goal) and Stefano Vecchia (70').

For their opponents, Strømsgodset IF got 8 attempts on goal with 2 of them on target. Lars-Christopher Vilsvik (13') and Ari Leifsson (85' Own goal) scored.

The Strømsgodset IF boss Bjørn Petter Ingebretsen has no fitness worries to speak of coming into this match thanks to a fully healthy squad available to choose from.

Out of a mainly full-strength group, there is just the one fitness worry for the Rosenborg BK gaffer Kjetil Rekdal to be concerned about. Jonathan Augustinsson (Hip Injury) won’t be playing here.

We feel that Rosenborg BK and Strømsgodset IF could well cancel each other out, with goals at a real premium.

It will be interesting to see how this one goes, and it’s not easy to pick a clear winner. That’s why we have predicted a very competitive game with a 0-0 score at the end of this one. 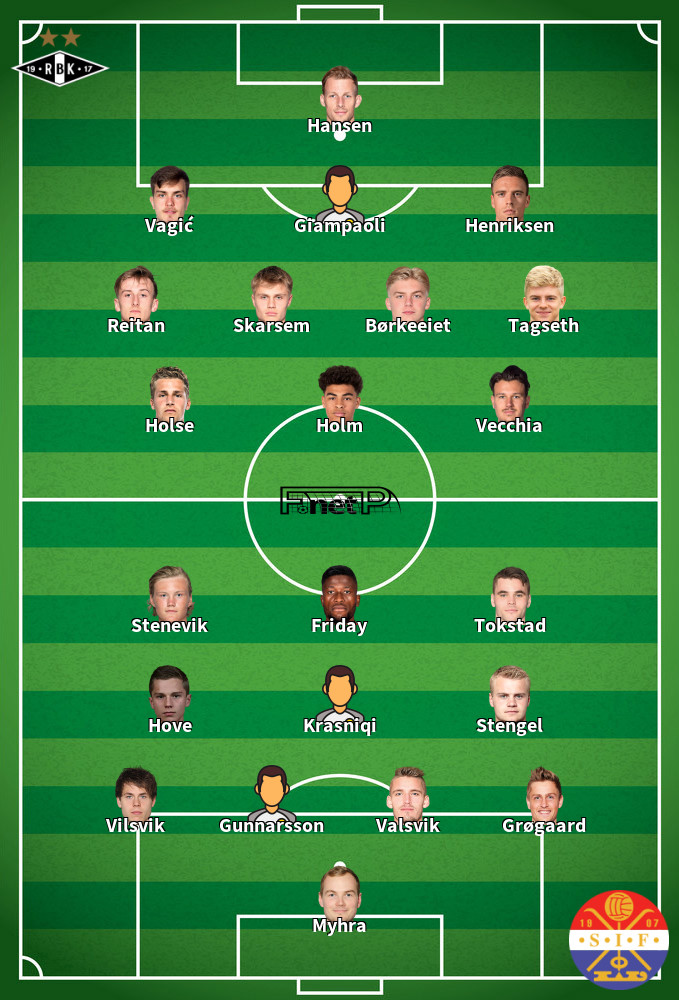 While we have made these predictions for Strømsgodset IF v Rosenborg BK for this match preview with the best of intentions, no profits are guaranteed. Always gamble responsibly, and with what you can afford to lose. Good luck!