Return to this page a few days before the scheduled game when this expired prediction will be updated with our full preview and tips for the next match between these teams.
Full-Time Result Prediction
👉
St Mirren to Win

To see all of our predictions, user poll & stats for Ross County v St Mirren, scroll down including the latest game odds.

Ross County will be hoping to bounce back here following a 1-0 Premiership defeat last time out to Dundee United.

It’s not been often in recent games that Ross County haven’t conceded. It will be a concern for them that Ross County have been scored against in 6 of their previous 6 matches, letting in 13 goals during that time. We shall soon find out whether or not that trend will be continued on in this game.

St Mirren will go into this clash following a 0-1 Premiership win in the defeat of Livingston in their most recent game.

In the course of their 6 most recent matches, Jim Goodwin's St Mirren have slotted home a total of 6 times therefore yielding them a goals per game average of 1.

Their prior results show that St Mirren:

Inspecting their past head-to-head meetings stretching back to 14/09/2019 tells us that Ross County have won 1 of them & St Mirren 4, with the number of drawn matches standing at 1.

A combined sum of 15 goals were scored between them during those clashes, with 5 from The Staggies and 10 created by The Buddies. That’s an average goals per game of 2.5.

The previous league match featuring these clubs was Premiership match day 2 on 21/04/2021 which ended up with the score at Ross County 1-3 St Mirren.

That day, Ross County managed 52% possession and 12 shots on goal with 3 of them on target. The scorer was Jordan White (18').

There aren’t many selection issues, with just the lone fitness concern for the Ross County boss Malky Mackay to be concerned with thanks to an otherwise robust squad. Jake Vokins (Fatigue fracture) is out of contention.

With a fully injury-free squad available to choose from, the St Mirren boss Jim Goodwin doesn’t have any fitness worries whatsoever coming into this match.

In our view, Ross County will need to apply a lot of pressure to score goals against this St Mirren side who we think might be able to get on the scoresheet themselves in a winning performance.

We therefore think that it’s going to be a very competitive game with a 0-1 advantage for St Mirren at the end of this one. 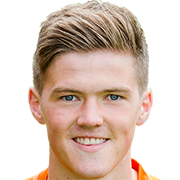 Customarily used in the Right Attacking Midfielder position, Blair Spittal was born in Erskine, Scotland. After making a first senior appearance for Queen's Park in the 2012 - 2013 season, the goalscoring Midfielder has hit 2 league goals in this Premiership 2021 - 2022 campaign so far from a total of 8 appearances.

We have made these Ross County v St Mirren predictions for this match preview with the best intentions, but no profits are guaranteed. Please always gamble responsibly, only with money that you can afford to lose. Best of luck.