Return to this page a few days before the scheduled game when this expired prediction will be updated with our full preview and tips for the next match between these teams.
Full-Time Result Prediction
👉
Rotor Volgograd to Win

Tambov will be facing visiting rivals Rotor Volgograd at Spartak Stadium in the Premier League clash on Friday.

Our Tambov v Rotor Volgograd predictions, statistics and match poll can be seen below - as well as up-to-date odds.

Tambov enter this fixture after a 1-1 Premier League draw against Ural.

The only name on the scoresheet from Tambov was German Onugkha (45'). Othman El Kabir (29') scored for Ural.

It has been all too rare in recent times that Tambov have kept a clean sheet. The reality is that The Wolves have failed to prevent opponents from scoring in 6 of their previous 6 games, letting in 13 goals in the process. We will have to find out if that trend will be continued on in this game.

Coming into this fixture, Tambov have not won at home in their last 6 league matches. Things will have to change soon.

Rotor Volgograd head into the match following a 1-0 Premier League win in the defeat of Arsenal Tula in their last fixture.

The only scorer from Rotor Volgograd was Flamarion (81').

The attacking players from Rotor Volgograd have suffered from a lack of goals over their last 6 games, recording the disappointing return of only 3. In those matches, Rotor have also seen the overall goal tally of opposing teams equal 8.

Heading into this fixture, Rotor Volgograd haven’t won away from home in the past 3 league games.

The last league meeting featuring these sides was Premier League match day 11 on 18/10/2020 when it ended Rotor Volgograd 0-2 Tambov.

Tambov boss Sergei Pervushin will be thankful to have no fitness worries to speak of ahead of this clash thanks to a completely injury-free squad available for selection.

With a completely healthy squad available to select from, Rotor Volgograd manager Alyaksandr Khatskevich has no fitness worries to report coming into this game.

We feel that in this game, Tambov have the capability to find the net against this Rotor Volgograd outfit, but one goal possibly won’t quite prevent defeat.

We’re therefore tipping a close game with a 1-2 winning score for Rotor Volgograd at the end of the 90 minutes. 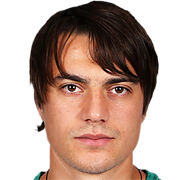 Typically playing in the Central Attacking Midfielder position, Valeriu Ciupercă was born in Moldova. Having played his first senior match for FC Krasnodar in the 2011 - 2012 season, the accomplished Midfielder has scored a sum of 2 league goals in this Premier League 2020 - 2021 campaign to date from a total of 16 appearances.

While we have made these predictions for Tambov v Rotor Volgograd for this match preview with the best of intentions, no profits are guaranteed. Always gamble responsibly, and with what you can afford to lose. Good luck if you do place a bet today.