Return to this page a few days before the scheduled game when this expired prediction will be updated with our full preview and tips for the next match between these teams.
Full-Time Result Prediction
👉
Terek Grozny to Win

The Premier League match at Volgograd Arena on Saturday will see home side Rotor Volgograd take to the field against opponents Terek Grozny.

Scroll down for all of our predictions, poll and stats for the Rotor Volgograd v Terek Grozny game - along with the latest match odds.

Rotor Volgograd will be wanting a better result here after a 6-0 Premier League loss in their previous game against Zenit St Petersburg.

In that game, Rotor Volgograd managed 28% possession and 2 attempts at goal with 1 on target. The scorer for Rotor Volgograd was Solomon Kvirkvelia (45' Own goal). Zenit got 31 shots at goal with 17 on target. Malcom (56'), Andrei Mostovoy (65'), Artyom Dzyuba (75'), Aleksandr Yerokhin (77') and Aleksey Sutormin (87') scored for Zenit St Petersburg.

A common aspect of recent Rotor Volgograd games is the number of results with a nil in them.

From their prior six matches leading up to this one, in 6 of them a wager on "Both Teams to Score" would have been a losing one.

Coming into this clash, Rotor Volgograd have not won at home in their last 4 league matches. That's never good.

Demonstrating their fondness for eventful encounters, we’ve had goals 20 times in the prior 6 games in which Terek Grozny have taken to the pitch, yielding a mean average of 3.33 goals each meeting. Their opponents have got 9 from this total. Regardless, it remains to be seen if such a trend will be maintained in this upcoming match.

Ahead of this meeting, Terek Grozny have not won away from home in their last 2 matches in the league.

The previous league match featuring these sides was Premier League match day 3 on 19/08/2020 when the final score was Terek Grozny 3-1 Rotor Volgograd.

The match was refereed by Sergey Lapochkin.

Rotor Volgograd manager Yuri Baturenko doesn’t have any fitness worries whatsoever ahead of this game thanks to a completely healthy group available for selection.

Due to a completely healthy squad to pick from, Terek Grozny manager Andrei Talalayev has zero fitness worries to speak of ahead of this clash.

We think that Rotor Volgograd could well find it tough to breach the defence of this Terek Grozny side who we think should be able to grind out a win.

We therefore think that it’s going to be a very even contest with a 0-1 victory for Terek Grozny at the end of this one. 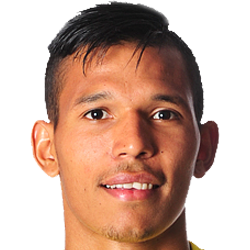 Typically played in the Striker position, Andrés Ponce was born in Maracaibo, Venezuela. Having made a first senior appearance for Sampdoria in the 2015 - 2016 season, the accomplished Forward has struck 2 league goals in this Premier League 2020 - 2021 campaign to date from a total of 23 appearances.

We have made these Rotor Volgograd v Terek Grozny predictions for this match preview with the best intentions, but no profits are guaranteed. Please always gamble responsibly, only with money that you can afford to lose. Good luck if you do place a bet today.