All of our predictions, stats and the user poll for RSC Anderlecht v Union Saint-Gilloise are shown below - along with the latest match odds.

RSC Anderlecht will be hoping to bounce back here after a 0-2 First Division A - Play-Offs loss in their previous game against Union Saint-Gilloise.

Over their prior 6 fixtures, Vincent Kompany's RSC Anderlecht have scored 10 times, with that being an average number of goals scored per match equal to 1.67.

Felice Mazzu's Union Saint-Gilloise have found the back of the net a total of 6 times throughout their latest 6 matches. The total of goals that have been scored against them during those same clashes adds up to 5.

The previous league game between these sides was First Division A - Play-Offs match day 1 on 24/04/2022 which finished with the scoreline of Union Saint-Gilloise 3-1 RSC Anderlecht.

RSC Anderlecht had 9 shots at goal with 4 on target. Josh Cullen (26') scored.

Thanks to a completely healthy group to choose from, the Union Saint-Gilloise boss Felice Mazzu doesn’t have any fitness worries at all ahead of this game.

Our assessment is that Union Saint-Gilloise and RSC Anderlecht may well end up cancelling each other out here.

Let’s see how this one goes, but it looks this could be a draw. We therefore think that it’s going to be a close game with a 1-1 score draw at the end of this one. 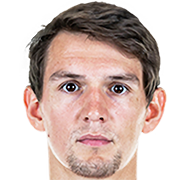 Mostly playing in the Striker position, Benito Raman was born in Belgium. After having played his first senior match for KAA Gent in the 2011 - 2012 season, the goalscoring Forward has netted 9 league goals in the First Division A 2021 - 2022 season to date coming from a total of 32 appearances.

While we have made these predictions for RSC Anderlecht v Union Saint-Gilloise for this match preview with the best of intentions, no profits are guaranteed. Always gamble responsibly, and with what you can afford to lose. We wish you the best of luck.