Saarbrucken head to Stadion an der Hafenstraße on Monday for the 3rd Liga tie with home side RW Essen.

Full predictions, pre-match stats and user poll for RW Essen v Saarbrucken are shown on this page - along with the latest match odds.

RW Essen will be looking for an improved result here following a 1-0 3rd Liga losing effort in their last game against Osnabruck.

It’s been all too rare in recent times that RW Essen have kept a clean sheet. In fact, RW Essen have seen their defence breached in 6 of their previous 6 games, giving up 10 goals along the way. Such a trend might not be sustained into this game, though.

Coming into this contest, RW Essen have not been beaten in their last 2 league matches at home.

Saarbrucken will go into the meeting after a 0-6 3rd Liga win over Bayreuth in their previous outing.

A run of effective performances by the Saarbrucken defenders has resulted in the number of goals they’ve conceded standing at 4 from their last 6 fixtures in total. Over that same period, their own attack force has managed to score 11.

Heading into this contest, Saarbrucken have not been beaten in their last 5 league matches away from home.

The RW Essen manager Christoph Dabrowski will be grateful not to have any fitness concerns whatsoever before this game with a completely injury-free squad available to choose from.

Thanks to a fully injury-free squad to choose from, the Saarbrucken boss Uwe Koschinat doesn’t have any fitness concerns to report ahead of this match.

We’re of the view that Saarbrucken and RW Essen could both end up scoring in a what should be a good tussle with little between the two teams.

A draw is a real possibility, as we are expecting there to be little between them. We therefore think that it’s going to be a very close game with a 1-1 score draw at the end of the match. 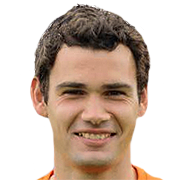 Usually deployed in the Striker position, Simon Engelmann was born in Vechta, Germany. After making a first senior appearance for RW Essen in the 2022 - 2023 season, the talented Forward has contributed 3 league goals in the 3. Liga 2022 - 2023 campaign to date from a total of 8 appearances.

We have made these RW Essen v Saarbrucken predictions for this match preview with the best intentions, but no profits are guaranteed. Please always gamble responsibly, only with money that you can afford to lose. Good luck with your selections.