Verl will be looking for a repeat result of a 1-0 3rd Liga victory against Saarbrucken.

The only name on the scoresheet from Verl was Nicolás Sessa (20').

It has not been often in recent games that Verl have kept a clean sheet. In fact, Verl have failed to prevent opponents from scoring in 6 of their previous 6 matches, leaking 7 goals in the process.

Going into this game, the form guide shows that Verl:

In the course of their six most recent matches, Rüdiger Ziehl's Saarbrucken have fired home 10 times - yielding them a goals scored per game average of 1.67.

If we look at their past head to head meetings going back to 25/10/2020, there has been little to separate the clubs with Verl winning 3 of those games, Saarbrucken 3 and 0 being draws in normal time.

An aggregate of 18 goals were shared by the two clubs in this period, with 8 of them from Verl and 10 created by Saarbrücken. This gives an average number of goals per game equal to 3.

The previous league meeting between these clubs was 3rd Liga match day 1 on 23/07/2022 and the score finished Saarbrucken 1-0 Verl.

The referee was Lukas Benen.

It doesn’t get much better regarding selection, with just one fitness concern for the Verl manager Michél Kniat to be concerned with from an otherwise fully-primed group of players. Barne Pernot (Cruciate Ligament Rupture) is sidelined.

Thanks to a completely injury-free squad ready to go, the Saarbrucken manager Rüdiger Ziehl doesn’t have any fitness concerns whatsoever ahead of this clash.

We feel that Saarbrucken and Verl could well end up finding themselves level here, with both teams capable of netting.

There should be little in it, and a draw looks to be quite a realistic result. We therefore think that it’s going to be a very even match with a 1-1 scoreline at the end of the 90 minutes. 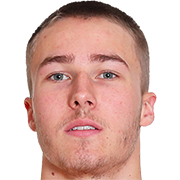 Mostly taking to the field in the Left Wing position, Joel Grodowski was born in Selm, Germany. Having made his senior debut playing for Preussen Münster in the 2019 - 2020 season, the dangerous Forward has scored a sum of 3 league goals in this 3. Liga 2022 - 2023 campaign to date in a total of 18 appearances.

We have made these Verl v Saarbrucken predictions for this match preview with the best intentions, but no profits are guaranteed. Please always gamble responsibly, only with money that you can afford to lose. We wish you the best of luck.