Return to this page a few days before the scheduled game when this expired prediction will be updated with our full preview and tips for the next match between these teams.
Full-Time Result Prediction for Salernitana vs Frosinone
Draw

We envisage that Frosinone and Salernitana should both be able to find the back of the net here although it’s difficult to select a clear winner. A draw looks like a realistic possibility, but we’ll see what happens. That’s why we have predicted a very close game with a score draw at the end of the match. Full predictions, pre-match stats and user poll for Salernitana v Frosinone are shown on this page (inc. the best betting odds).

Going into this game, the form guide shows that Frosinone:

Their previous form shows that Salernitana: 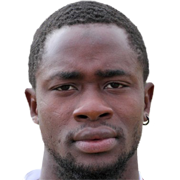 Regularly played in the Right Wing position, Lamin Jallow was born in Banjul, Gambia. Having made his senior debut playing for Chievo Verona in the 2016 - 2017 season, the dangerous Forward has accumulated 2 league goals in the Serie B 2019 - 2020 campaign to date in a total of 3 appearances.

While we have made these predictions for Salernitana v Frosinone for this match preview with the best of intentions, no profits are guaranteed. Always gamble responsibly, and with what you can afford to lose.