Scunthorpe United will do battle with visitors Salford City at The Sands Venue Stadium in this League Two clash on Tuesday.

For all of our match predictions, pre-game poll and statistics for Scunthorpe United v Salford City, scroll down - plus the latest match odds.

Scunthorpe United will be hoping for a better result after the 3-1 League Two defeat in their last game at the hands of Stevenage.

It has not been often in recent times that Scunthorpe United haven’t conceded. In fact, The Irons have seen their defence breached in 6 of their previous 6 matches, giving up 10 goals in the process. It will be interesting to see if that trend can be sustained here.

Going into this contest, Scunthorpe United are without a win at home for the past 2 league games.

Following on from a loss in their previous game against Mansfield Town in League Two competition, Salford City and their travelling fans will hope for a better result here.

The only name on the scoresheet from Salford City was Di'Shon Bernard (91'). George Lapslie (15') and Jordan Bowery (30') scored for Mansfield Town.

A succession of hard-working displays from the Salford City defence has resulted in their ‘goals against’ tally amounting to 4 from their previous 6 fixtures overall. Over that same period of time, their own attack force has managed to score 5.

The last league encounter between the two was League Two match day 16 on 26/10/2019 and the score finished Salford City 1-1 Scunthorpe United.

It’s a low absenteeism rate, with just one fitness concern for the Scunthorpe United manager Neil Cox to be concerned about from of an almost fully healthy squad. Jordan Clarke (Knee Injury) won’t play.

With a completely healthy squad available for selection, Salford City boss Richie Wellens has zero fitness concerns at all ahead of this match.

Here, we’re thinking that Scunthorpe United will have to work hard as a team to score against this Salford City outfit who we think will likely manage to score & go ahead.

We therefore think that it’s going to be a very even contest with a 0-1 winning score for Salford City at the end of the 90. 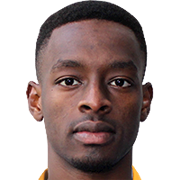 Generally played in the Left Wing position, Abo Eisa was born in Khartoum, Sudan. Having played his first senior match for Scunthorpe United in the 2020 - 2021 season, the dangerous Forward has managed to score 4 league goals in this League Two 2020 - 2021 season so far in 19 appearances.

While we have made these predictions for Scunthorpe United v Salford City for this match preview with the best of intentions, no profits are guaranteed. Always gamble responsibly, and with what you can afford to lose. Best of luck.