Our predictions, user poll and statistics for Sutton United v Salford City can be found here - as well as the best betting odds.

Sutton United will be hoping for a better result after a 3-1 EFL Trophy loss in their previous game against Leyton Orient.

The only name on the scoresheet from Sutton United was Kylian Kouassi (12'). Jayden Wareham (5', 10') and Tom James (91') scored for Leyton Orient.

Sutton United have been on a persistent run of goalscoring form, hitting the target in one hundred percent of their last 6 games.

They have hit an aggregate of 10 during that period and have conceded a total of 8. That sort of trend might not follow through here, though.

In their last game, Salford City drew 0-0 in the EFL Trophy match with Accrington Stanley.

The game was won 4-2 by Salford City on penalties.

A series of reliable showings from the Salford City defence has seen the number of goals they’ve conceded amounting to 4 from their last 6 outings combined. Over that same period of time, their forwards have scored 6.

The last league clash featuring these clubs was League Two match day 2 on 08/02/2022 which ended up with the score at Sutton United 0-0 Salford City.

The Sutton United manager Matt Gray does not have any fitness worries whatsoever ahead of this game owing to a fully injury-free squad available to select from.

Owing to a fully injury-free group available for selection, the Salford City boss Neil Wood has zero fitness worries to report ahead of this match.

When taking all factors into account, Salford City and Sutton United could well cancel each other out, with goals at a real premium.

Let’s see how this one goes, but it looks this could be a game with minimal goal-scoring opportunities. We’re therefore seeing a very even match with a 0-0 scoreline at the end of the 90. 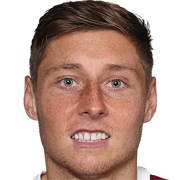 Usually deployed in the Centre Midfield position, Harry Beautyman was born in Newham, England. Having made a first senior appearance for Welling United in the 2013 - 2014 season, the dangerous Midfielder has bagged 2 league goals in this League Two 2022 - 2023 season to date coming from a total of 9 appearances.

We have made these Sutton United v Salford City predictions for this match preview with the best intentions, but no profits are guaranteed. Please always gamble responsibly, only with money that you can afford to lose. Good luck!