Return to this page a few days before the scheduled game when this expired prediction will be updated with our full preview and tips for the next match between these teams.
Full-Time Result Prediction for San Lorenzo vs Vélez Sarsfield
Draw
San Lorenzo face off with visitors Vélez Sarsfield at Estadio Pedro Bidegain in the Superliga meeting on Sunday.

We’re of the opinion that Vélez Sarsfield and San Lorenzo should play out a closely-fought contest here. A draw is a real possibility, as we are expecting there to be little between them. Our tip is therefore for a tight encounter, finishing with a 1-1 score draw at the end of the 90. Our San Lorenzo v Vélez Sarsfield tips, poll and stats can be seen in full below - as well as the best betting odds.

A look at their previous results shows us that Vélez Sarsfield:

Going into this game, the form guide shows that San Lorenzo: 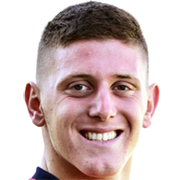 Customarily taking up the Striker position, Aldolfo Gaich was born in Córdoba, Argentina. After having played his first senior match for San Lorenzo in the 2018 - 2019 season, the gifted Forward has netted 4 league goals in this Superliga 2019 - 2020 season so far in a total of 9 appearances.

We have made these San Lorenzo v Vélez Sarsfield predictions for this match preview with the best intentions, but no profits are guaranteed. Please always gamble responsibly, only with money that you can afford to lose. Good luck!