The Eliteserien fixture at SR-Bank Arena on Wednesday will see home side Viking FK playing against opponents Sandefjord.

For all of our match predictions, pre-game poll and statistics for Viking FK v Sandefjord, scroll down - along with the latest match odds.

Viking FK will be looking for an improved result here after the 2-1 Eliteserien losing effort in their last game against Vålerenga.

De mørkeblå have been finding it hard to keep clean sheets of late, but they have also managed to hit the back of the net themselves. Looking at their last 6 games, De mørkeblå have seen their goal breached in 6 of them while also getting on the scoresheet in 5 of those games.

After tasting defeat last time out to FK Haugesund in Eliteserien competition, Sandefjord and their travelling supporters will be hoping that they can get a better result in this one.

The stats tell the story, and Sandefjord have been scored against in 5 of their last 6 matches, conceding 9 goals overall. Defensively, Guttane just haven’t been too solid at all. Previous results aside, we must now wait to see whether that trend shall be sustained in this next game.

If we look at their past head to head meetings stretching back to 16/05/2010, there is nothing to separate the two clubs with Viking FK winning 2 of those games, Sandefjord 2 and 2 being draws in normal time.

An aggregate of 11 goals were yielded between them in these games, with 5 from De mørkeblå and 6 created by Guttane. That is an average goals per game value of 1.83.

The previous league meeting between these clubs was Eliteserien match day 21 on 10/09/2017 and the score finished Sandefjord 3-1 Viking FK.

On that day, Sandefjord managed 52% possession and 8 attempts on goal with 4 of them on target. The goalscorers were Carlos Grossmüller (18', 28') and Flamur Kastrati (59').

For their opponents, Viking FK had 2 shots at goal with 1 of them on target. Ghislain (14') scored.

Viking FK manager Bjarne Bernsten will be grateful to have no fitness concerns at all before this clash with a fully injury-free group available to select from.

Due to a mostly healthy group of players, there’s just a single fitness worry for the Sandefjord manager Martí Cifuentes to be concerned about. Marc Vales (Unknown Injury) won’t be playing here. Emil Pálsson is ineligible for this match because of suspension.

In this game, Sandefjord should get enough chances to breach the defence of this Viking FK side, although that may not prevent them from conceding a couple at the other end.

Our selection here is for a narrow 2-1 win for Viking FK after 90 minutes. Let’s just see how this one goes.

Both Teams to Score Prediction for Viking FK vs Sandefjord
Yes 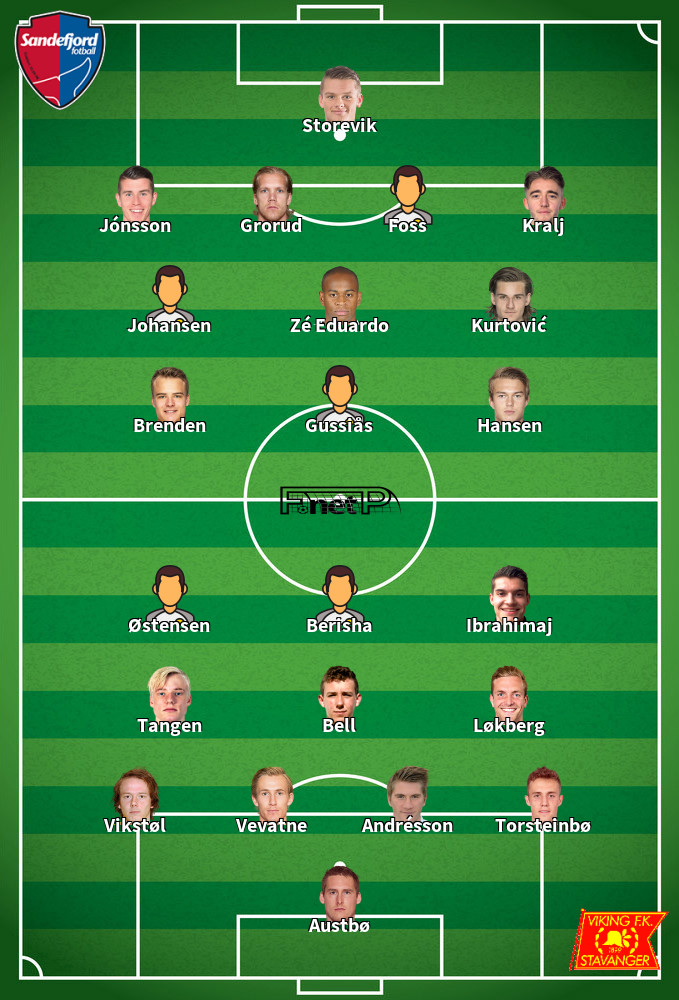 While we have made these predictions for Viking FK v Sandefjord for this match preview with the best of intentions, no profits are guaranteed. Always gamble responsibly, and with what you can afford to lose. Good luck with your selections.