Toluca play host to away team Santos Laguna at Estadio Nemesio Díez in this Liga MX (Clausura) game on Sunday.

Toluca have struggled with their forward play in more recent games. Their sum of goals equals just 4 vs opponents over their previous 6 fixtures. In those games, Toluca have also seen the tally of goals that have gone against them total 11.

Their prior results show that Toluca:

A series of effective displays from the Santos Laguna defenders has seen the number of goals they’ve conceded amounting to 3 from their last 6 clashes in total. Over that same period of time, their own forwards have managed to score 8. We will have to see whether or not that trend will be sustained into this next match.

A look at their prior head-to-head meetings going back to 02/09/2018 shows us that Toluca have won 1 of these & Santos Laguna 3, with the number of draws being 2.

There were also goals galore in those games, with 22 in total at an average of 3.67 goals per match.

The last league fixture between the two was Liga MX (Apertura) match day 15 on 25/10/2021 which finished with the scoreline of Santos Laguna 2-2 Toluca.

That time, Santos Laguna managed 62% possession and 24 shots on goal with 8 on target. Goals were scored by Alessio da Cruz (32') and Eduardo Aguirre (95').

There’s just one fitness concern for the Toluca manager Ignacio Ambriz to be concerned about due to a largely intact set of players. Miguel Barbieri (Torn Ligament) is out of contention.

In an otherwise healthy group of players, there is just the lone fitness issue for the Santos Laguna boss Pedro Caixinha to be concerned about. Leo Suárez (Ankle Surgery) won’t be playing here.

In our opinion, Santos Laguna and Toluca could both well score here although it’s hard to see a clear-cut winner.

Little in this one, and it’s almost too close to call. Our tip is therefore for a very even match with a 1-1 scoreline at the end of the 90. 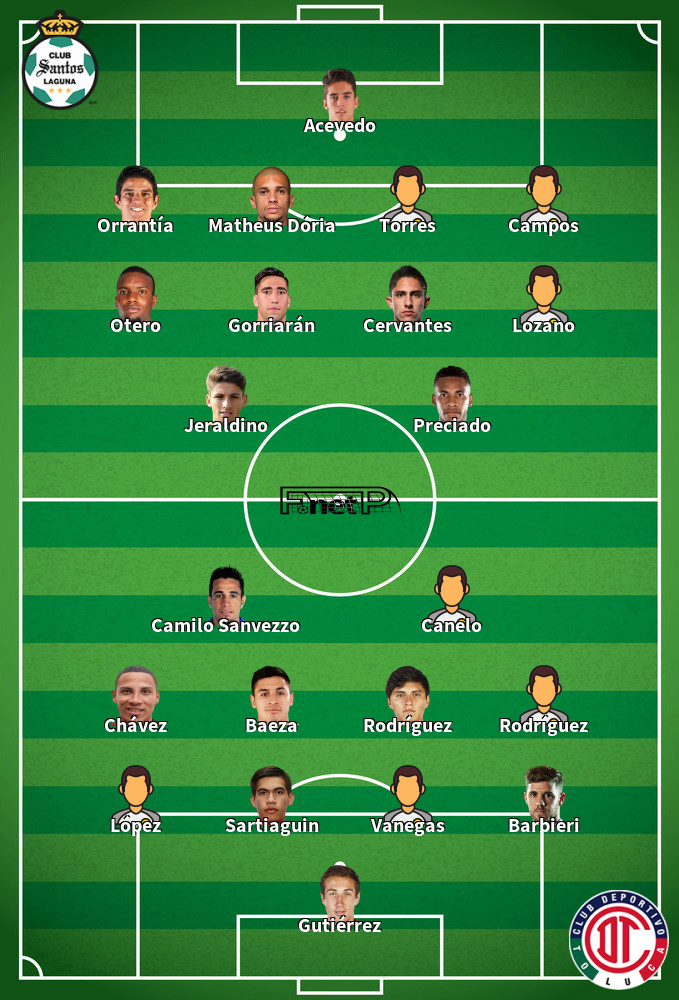 Regularly playing in the Striker position, Alexis Canelo was born in Tucumán, Argentina. After making a first senior appearance for Quilmes in the 2015 season, the goalscoring Forward has netted 4 league goals in this Liga MX (Apertura) 2021 - 2022 campaign to date in a total of 13 appearances.

We have made these Toluca v Santos Laguna predictions for this match preview with the best intentions, but no profits are guaranteed. Please always gamble responsibly, only with money that you can afford to lose. Best of luck with your selections.