Our predictions, user poll and statistics for Talleres v Sarmiento can be found here - plus the latest match odds.

Talleres will play in this match following on from a 2-2 Copa Libertadores drawn game vs Flamengo.

Pedro Caixinha's Talleres have hit the target a sum total of 5 times in their preceding 6 outings. At the other end, the number of goals that they have conceded in those games is 8.

Since a losing effort in their last game against River Plate in Copa de la Liga Profesional competition, Sarmiento and their travelling fans will hope for a better result here.

The last league meeting featuring these sides was Superliga match day 24 on 04/12/2021 which ended up with the score at Sarmiento 1-2 Talleres.

That time, Sarmiento managed 50% possession and 16 attempts on goal with 6 on target. The scorer was Jonatan Torres (11').

Looking at personnel, there is just a single fitness concern for the Talleres manager Pedro Caixinha to contend with from an otherwise fully-primed set of players. Christian Oliva (Knock) will miss out.

From a largely available group of players, there’s just a single fitness issue for the Sarmiento manager Israel Damonte to be concerned about. Lucas Acosta (Ligament Injury) won’t be playing here.

We’re inclined to think that Sarmiento could find themselves struggling to get anything against this Talleres outfit who we think will score at least once to gain the upper hand.

We’ve gone for a good tussle with a 1-0 victory for Talleres after 90 minutes. 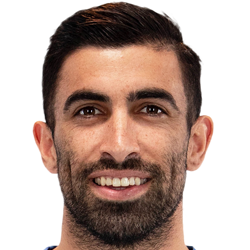 Generally playing in the Striker position, Michael Santos was born in Montevideo, Uruguay. Having made his senior debut playing for River Plate in the 2010 - 2011 season, the skilful Forward has accumulated 7 league goals in this Superliga 2021 campaign so far coming from a total of 25 appearances.

We have made these Talleres v Sarmiento predictions for this match preview with the best intentions, but no profits are guaranteed. Please always gamble responsibly, only with money that you can afford to lose. Best of luck with your selections.