Our predictions, user poll and statistics for Sarpsborg 08 v Viking FK can be found here - plus the latest betting odds.

Sarpsborg 08 will be hoping to bounce back here after a 3-2 Eliteserien losing effort in their last game against Start.

Over their preceding 6 fixtures, Mikael Stahre's Sarpsborg 08 have managed to score 8 times, an average number of goals per match equal to 1.33.

Going into this encounter, Sarpsborg 08 haven't won against Viking FK in their last 4 matches in the league.

Viking FK will come into the meeting following on from a 3-0 Eliteserien win over Rosenborg BK in their previous outing.

The numbers tell their own story, and Viking FK have been scored against in 5 of their last 6 games, conceding 8 goals in total. In defence, De mørkeblå have clearly had some problems. We will have to see if that trend will be sustained here.

Taking a look at their past results, Viking FK:

A look at their prior head-to-head meetings stretching back to 24/09/2016 shows that Sarpsborg 08 have won 2 of these and Viking FK 3, with the number of draws being 1.

In all, 17 goals were scored between the two sides in these games, with 8 for Sarpsborg and 9 netted by De mørkeblå. That is an average goals per game value of 2.83.

Sarpsborg 08 boss Mikael Stahre has zero fitness concerns at all before this match with a completely injury-free squad available to select from.

Thanks to a fully injury-free squad to choose from, Viking FK manager Bjarne Bernsten has no fitness worries to report ahead of this match.

Our thinking is that Viking FK are capable enough to put one past this Sarpsborg 08 outfit, however that is unlikely to be enough to avoid a loss.

We think that it’s going to be a narrow 2-1 victory for Sarpsborg 08 when the full-time whistle blows. Hopefully this is a good one. 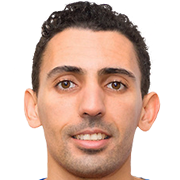 Generally playing in the Striker position, Mustafa Abdellaoue was born in Oslo, Norway. Having played his first senior match for Vålerenga in the 2009 season, the talented Forward has managed 6 league goals in this Eliteserien 2020 season to date in a total of 17 appearances.

While we have made these predictions for Sarpsborg 08 v Viking FK for this match preview with the best of intentions, no profits are guaranteed. Always gamble responsibly, and with what you can afford to lose. Good luck with your selections.