Return to this page a few days before the scheduled game when this expired prediction will be updated with our full preview and tips for the next match between these teams.
The Primeira Liga clash at Estádio Municipal de Braga on Thursday sees home team Braga play Vitória Guimarães. All of our predictions, stats and the user poll for Braga v Vitória Guimarães are shown below including the latest game odds.

Braga enter this match following a 0-0 Primeira Liga drawn result versus Famalicão. At the other end, Famalicão got 7 shots at goal with 2 on target.

It’s not been often in recent games that Braga have shown defensive steel. The facts show that Os Arcebispos have seen their defence breached in 5 of their previous 6 matches, shipping 7 goals on the way. We will have to see whether or not that trend can be sustained into this next match.

Heading into this fixture, Braga have not been beaten in the league by Vitória Guimarães in their last 5 games.

Over the course of their previous half-dozen outings, Vitória Guimarães have bagged the sum of 10 goals. Os Vimaranenses have also not failed to score in every single one of those games. In that time, they’ve had 5 goals scored by their opponents.

Taking a look at their past results, Vitória Guimarães:

Looking at their past head to head meetings going back to 22/01/2017 shows us that Braga have won 4 of these games and Vitória Guimarães 1, with the tally of drawn results being 1.

A total of 16 goals were shared by the two clubs in these games, with 12 for Os Arcebispos and 4 created by Os Vimaranenses. That is an average goals per game value of 2.67.

The last league fixture featuring the two was Primeira Liga match day 11 on 10/11/2019 which finished with the scoreline of Vitória Guimarães 0-2 Braga. In that game, Vitória Guimarães had 57% possession and 14 shots at goal with 2 of them on target. At the other end, Braga got 9 shots at goal with 5 on target. Paulinho (24') and Galeno (71') scored. The match was refereed by Hugo Miguel.

Here is a game where Vitória Guimarães will have their work cut out to score goals against this Braga outfit who will likely end up scoring and possibly keep a clean sheet as well. We therefore see a hard-fought contest, finishing with a 1-0 winning score for Braga after 90 minutes. We’ll see what happens.

Over/Under 2.5 Goals Prediction for Braga vs Vitória Guimarães
Under 2.5 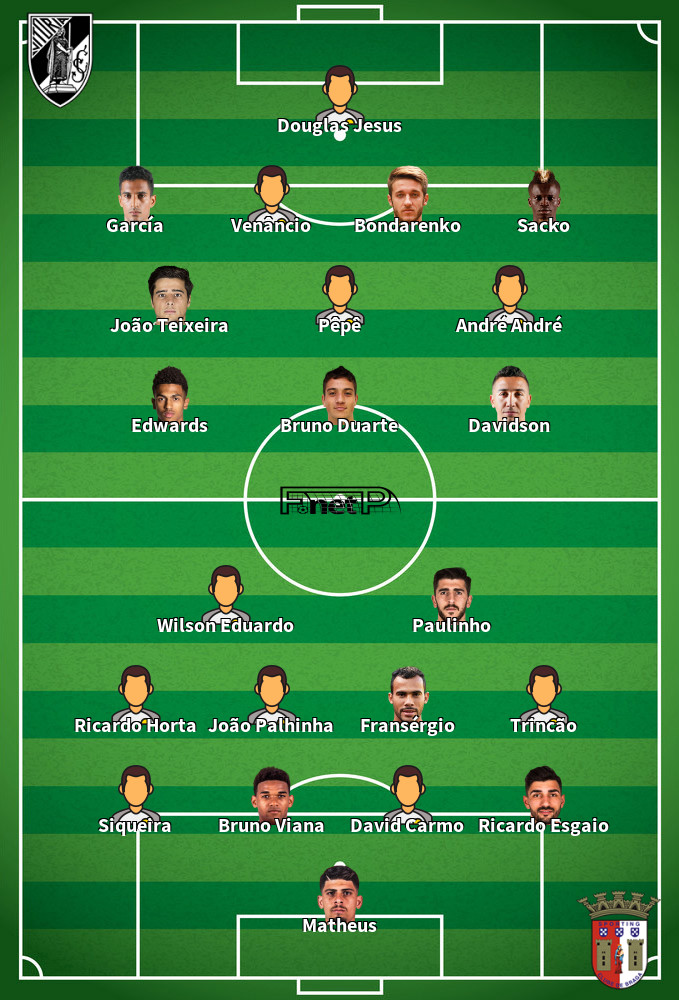 Customarily taking to the field in the Right Wing position, Ricardo Horta was born in Irmão, Portugal. Having played his first senior match for Vitória Setúbal in the 2012 - 2013 season, the goalscoring Forward has struck 7 league goals in the Primeira Liga 2019 - 2020 season to date in 26 appearances.

While we have made these predictions for Braga v Vitória Guimarães for this match preview with the best of intentions, no profits are guaranteed. Always gamble responsibly, and with what you can afford to lose. Best of luck.