Return to this page a few days before the scheduled game when this expired prediction will be updated with our full preview and tips for the next match between these teams.
Full-Time Result Prediction for SC Cambuur vs FC Volendam
SC Cambuur to Win
The Eerste Divisie match at Cambuur-Stadion on Friday will see hosts SC Cambuur playing FC Volendam.

In this game, FC Volendam have the ability to put one past this SC Cambuur lineup, although it may not quite be enough to avoid a loss. We’re expecting a very close game with a 2-1 advantage for SC Cambuur when the full-time whistle blows. Could easily see this go either way. For all of our match predictions, pre-game poll and statistics for SC Cambuur v FC Volendam, scroll down (plus the best game odds).

Going into this game, the form guide shows that FC Volendam:

Going into this contest, SC Cambuur are unbeaten in the league by FC Volendam in their last 12 games. A decent run, indeed. 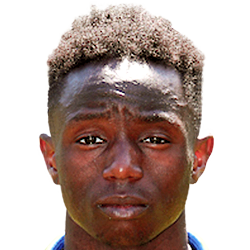 Generally taking up the Left Wing position, Issa Kallon was born in Zeist, Netherlands. Having made a first senior appearance for FC Utrecht in the 2014 - 2015 season, the dangerous Forward has managed to score 6 league goals in the Eerste Divisie 2019 - 2020 campaign to date in 19 appearances.

We have made these SC Cambuur v FC Volendam predictions for this match preview with the best intentions, but no profits are guaranteed. Please always gamble responsibly, only with money that you can afford to lose.