Freiburg arrive at Mercedes-Benz Arena on Saturday for the Bundesliga 1 showdown with hosts Stuttgart.

Our tips, poll and stats for Stuttgart v Freiburg can all be found here - plus the latest betting odds.

Stuttgart fans will want a repeat of their previous result, being the 0-1 DFB-Pokal success versus Hansa Rostock.

Fixtures featuring Stuttgart have often been lively affairs recently with high scoring the rule rather than the exception. Over their past half dozen games alone, the sum of 20 goals have flown in for both teams combined (at an average of 3.33 goals per game) with 14 of them coming from Stuttgart. It will be interesting to find out whether or not that trend can be continued on into this next match.

Freiburg will go into the clash following on from a 1-2 DFB-Pokal win vs Mannheim in their last fixture.

In that game, Freiburg had 51% possession and 18 shots on goal with 6 of them on target. For Freiburg, the scorers were Chang-Hoon Kwon (19') and Jonathan Schmid (79'). Waldhof Mannheim got 14 attempts at goal with 1 on target. Dominik Martinović (56') was the scorer for Mannheim.

In as many as 5 of the previous 6 games featuring Freiburg, three or more goals have gone in. The overall average goals scored per match during that spell is 3.17, with the number of goals averaged by Freiburg standing at 2.

Looking over their most recent head to head meetings going back to 28/11/2014 shows that Stuttgart have won 3 of these games & Freiburg 0, with the tally of drawn matches standing at 3.

The previous league fixture between these sides was Bundesliga 1 match day 20 on 03/02/2019 when it ended Stuttgart 2-2 Freiburg.

Freiburg had 16 shots at goal with 4 on target. Janik Haberer (4') and Florian Niederlechner (94') scored.

The match was refereed by Deniz Aytekin.

We feel that Freiburg may not find it easy to hit the back of the net against this Stuttgart team who we think might well get the vital goal that wins it.

We’re going for a hard-fought contest, finishing with a 1-0 winning margin for Stuttgart after 90 minutes.

Over/Under 2.5 Goals Prediction for Stuttgart vs Freiburg
Under 2.5 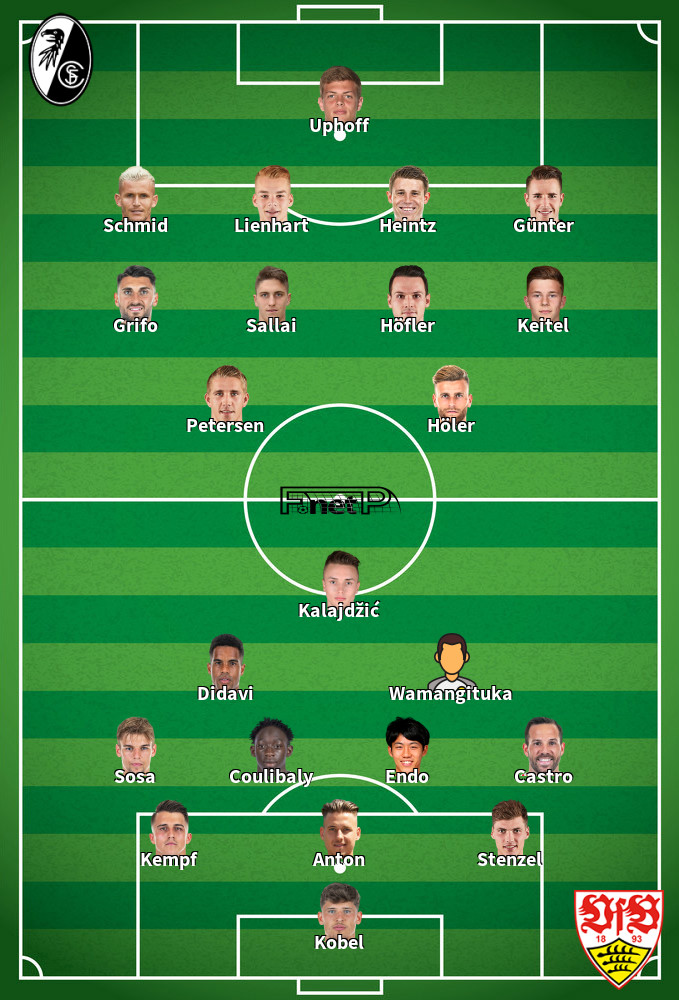 We have made these Stuttgart v Freiburg predictions for this match preview with the best intentions, but no profits are guaranteed. Please always gamble responsibly, only with money that you can afford to lose. Best of luck with your selections.

⚽️ Where can I find the previews for other Bundesliga 1 games?

View all of our next (and previous) Bundesliga 1 predictions & previews here.