View all SC Heerenveen v Willem II tips, stats and our pre-match poll below (including the best match odds).

SC Heerenveen will be looking to improve on their last outing here after the 1-3 Eredivisie loss in their previous game against Ajax.

It’s been seldom in recent times that SC Heerenveen have managed to hold out for a full 90 minutes. The facts show that De Superfriezen have failed to prevent opponents from scoring in 6 of their previous 6 games, leaking 13 goals in the process. In any event, time will tell if that trend shall continue on in this upcoming game.

After a loss in their previous game against Feyenoord in Eredivisie competition, Willem II and their travelling fans will hope for a better result here.

The numbers tell their own story, and Willem II have been scored against in 5 of their last 6 matches, with opponents netting 11 goals in all. In defence, Tricolores have clearly had some problems.

A look at their past head-to-head meetings dating back to 23/09/2017 shows us that SC Heerenveen have won 4 of them and Willem II 1, with the number of drawn games being 1.

SC Heerenveen boss Johnny Jansen does not have any fitness worries whatsoever ahead of this game with a completely injury-free squad available for selection.

With a fully healthy group to choose from, Willem II boss Adrie Koster has no fitness worries to speak of coming into this match.

We envisage that Willem II and SC Heerenveen may well end up cancelling each other out here.

A draw looks like a realistic possibility but, again, we don’t expect it to end goalless. That’s why our selection here is for a 2-2 score draw at the end of the 90 minutes. 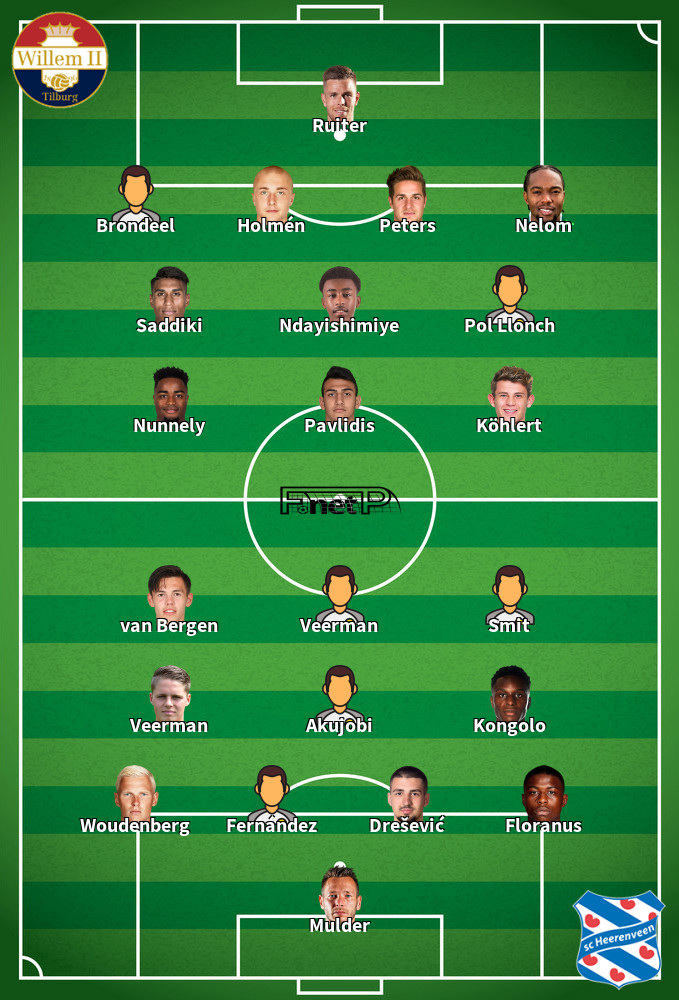 While we have made these predictions for SC Heerenveen v Willem II for this match preview with the best of intentions, no profits are guaranteed. Always gamble responsibly, and with what you can afford to lose. Good luck!