Return to this page a few days before the scheduled game when this expired prediction will be updated with our full preview and tips for the next match between these teams.
Full-Time Result Prediction for SD Huesca vs Racing de Santander
SD Huesca to Win

In our view, SD Huesca have it within them to see a lot of the ball and convert quite a few goal-scoring opportunities. In contrast, Racing de Santander will be up against it to score a goal of their own but we do think that it’s more than likely that they will be converting at least once here. We’re predicting a comfortable 3-1 margin for SD Huesca after 90 minutes. All SD Huesca v Racing de Santander game predictions, stats and user poll are shown below - plus the latest match odds.

Analysis of their past results shows that Racing de Santander:

Ahead of this meeting, SD Huesca haven't been defeated in their previous 2 league matches at home. 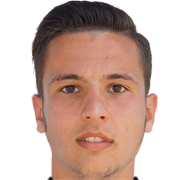 Mostly played in the Right Wing position, Dani Raba was born in Santander, Spain. After making a first senior appearance for Villarreal CF in the 2017 - 2018 season, the talented Forward has managed to score 2 league goals in this LaLiga2 2019 - 2020 campaign to date coming from a total of 5 appearances.

While we have made these predictions for SD Huesca v Racing de Santander for this match preview with the best of intentions, no profits are guaranteed. Always gamble responsibly, and with what you can afford to lose. Best of luck with your selections.