SD Huesca make the trip to The Estadio Heliodoro Rodríguez López on Saturday for the La Liga 2 showdown with home side Tenerife.

All of our predictions, stats and the user poll for Tenerife v SD Huesca are shown below - as well as the best betting odds.

Tenerife will want to continue from where they left off last time out with the 0-1 La Liga 2 success vs Burgos.

In that game, Tenerife had 43% possession and 8 attempts at goal with 2 on target. The only player to score for Tenerife was Elady Zorrilla (79'). Burgos got 8 attempts on goal with 3 of them on target.

Tenerife haven’t made the most of their chances in more recent games. Their sum of goals stands at just 4 versus opposing sides over their previous 6 outings. In those meetings, Tenerife have also seen the number of goals scored against them come to 5.

Going into this encounter, Tenerife haven't been beaten in the league by SD Huesca in their previous 2 matches.

SD Huesca head into the encounter after a 1-0 La Liga 2 win with the downing of Villarreal CF B in their previous fixture.

In that match, SD Huesca had 36% possession and 7 attempts on goal with 3 of them on target. The scorer for SD Huesca was Marc Mateu (22'). On the other side, Villarreal CF B got 10 shots at goal with 4 on target.

A tendency of at least one team drawing a blank in games involving SD Huesca has been evident in recent matches. Examining their last six outings reveals that it has occurred 5 times. In those clashes, opposing sides have hit a goal total of 2 while SD Huesca have scored 4. That pattern might not be carried forward into this match, however.

Leading up to this clash, SD Huesca:

Looking at their most recent head-to-head meetings stretching back to 18/11/2017 shows that Tenerife have won 1 of them and SD Huesca 3, with the number of draws being 2.

A combined sum of 15 goals were produced between them in this period, with 5 for Tenerife and 10 created by Oscenses. That’s an average goals per game of 2.5.

That time, Tenerife had 50% possession and 13 shots on goal with 3 of them on target.

SD Huesca had 7 attempts on goal with 2 of them on target.

The referee was Víctor García Verdura.

With a fully injury-free squad available for selection, the SD Huesca boss José Ziganda does not have any fitness concerns whatsoever before this clash.

Here is a game where SD Huesca might well have a job on their hands to be putting a goal past this Tenerife lineup who should score at least once to gain the upper hand.

We’re therefore predicting a very competitive encounter with a 1-0 victory for Tenerife at the end of the match. 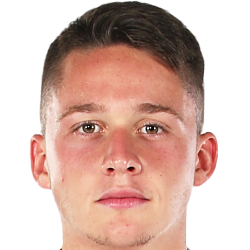 Generally taking to the field in the Striker position, Borja Garcés was born in Melilla, Spain. Having made his senior debut playing for Atlético Madrid in the 2018 - 2019 season, the goalscoring Forward has struck 2 league goals in the LaLiga2 2022 - 2023 campaign to date in a total of 12 appearances.

While we have made these predictions for Tenerife v SD Huesca for this match preview with the best of intentions, no profits are guaranteed. Always gamble responsibly, and with what you can afford to lose. Best of luck.