SD Huesca, following on from their previous result, will be hoping for more of the same after the 0-1 La Liga 2 victory against Real Zaragoza.

SD Huesca haven’t had any problems with scoring, finding the back of the net in each and every one of their last 6 games.

They’ve totted up the amount of 10 during that period and have conceded a total of 6.

Going into this game, the form guide shows that SD Huesca:

In their last game, UD Las Palmas drew 1-1 in the La Liga 2 tie with Elche CF.

A tendency of at least one side getting a clean sheet in games involving UD Las Palmas has become evident of late. A glance at their last 6 outings shows that it has happened 5 times. During these clashes, opposing sides have hit a goal aggregate of 5 and Las Palmas have scored 3. That sort of trend might not follow through into this game, however.

Coming into this fixture, UD Las Palmas are undefeated in their last 2 league matches away from home.

If we look at their past head to head duels stretching back to 28/04/2012, both clubs have shared the honours with SD Huesca winning 2 of those games, UD Las Palmas 2 and 2 being drawn in regulation time.

A total of 16 goals were shared by the two clubs in this period, with 7 of them for Oscenses and 9 coming from Las Palmas. The average number of goals per game works out to 2.67.

The previous league encounter between these sides was LaLiga2 match day 1 on 18/08/2019 which ended up with the score at UD Las Palmas 0-1 SD Huesca.

That day, UD Las Palmas had 52% possession and 9 attempts on goal with 1 on target.

At the other end, SD Huesca got 9 attempts on goal with 6 on target. Álex Gallar (76') was the scorer.

SD Huesca manager Miguel Míchel doesn’t have any fitness worries whatsoever before this clash thanks to a fully injury-free group ready to go.

UD Las Palmas may find it difficult to breach the defence of this SD Huesca outfit who we think should win and very possibly keep a clean sheet.

We therefore think that it’s going to be a hard-fought 1-0 victory for SD Huesca after 90 minutes. 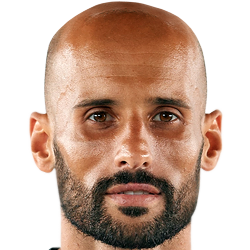 Mostly taking up the Centre Midfield position, Mikel Rico was born in Basauri, Spain. Having made a first senior appearance for Poli. Ejido in the 2006 - 2007 season, the talented Midfielder has scored 7 league goals in this LaLiga2 2019 - 2020 campaign to date in a total of 35 appearances.

We have made these SD Huesca v UD Las Palmas predictions for this match preview with the best intentions, but no profits are guaranteed. Please always gamble responsibly, only with money that you can afford to lose. Good luck if you do place a bet today.