This fascinating Europa League quarter-final match between Wolves and Seville is kicking off on Tuesday. They should both be fired up and, what with a spot in the semi-final for the club that makes it through, let’s hope for an exciting game of football between these teams.

View all of the Wolves v Seville predictions, poll and stats below - along with the latest match odds.

Wolves will be hoping for a repeat of their last result, following the 1-0 Europa League success against Olympiacos.

An interesting theme in recent Wolverhampton Wanderers games is the number of results with a nil in them.

Taking their prior 6 matches leading up to this one, in as many as 5 of them a bet on both teams scoring would've lost.

Seville head into the game following on from a 2-0 Europa League win versus Roma in their most recent fixture.

A run of hard-working displays from the Seville defensive unit has seen their ‘goals against’ tally amounting to 1 from their last 6 outings overall. During the same time, their own forwards have managed to score 8. We will find out whether or not that trend can be sustained in this game.

Wolves boss Nuno Espírito Santo has a full complement, with no fitness concerns at all coming into this clash owing to a completely injury-free group to choose from.

With a fully healthy group to pick from, Seville manager Julen Lopetegui has zero fitness worries to speak of ahead of this clash.

When taking everything into account, Wolves may find it difficult to put one past this Seville lineup who should end up scoring and possibly keep a clean sheet as well.

Therefore, we predict a hard-fought contest, finishing with a 0-1 advantage for Seville when the full-time whistle blows.

Over/Under 2.5 Goals Prediction for Wolves vs Seville
Under 2.5 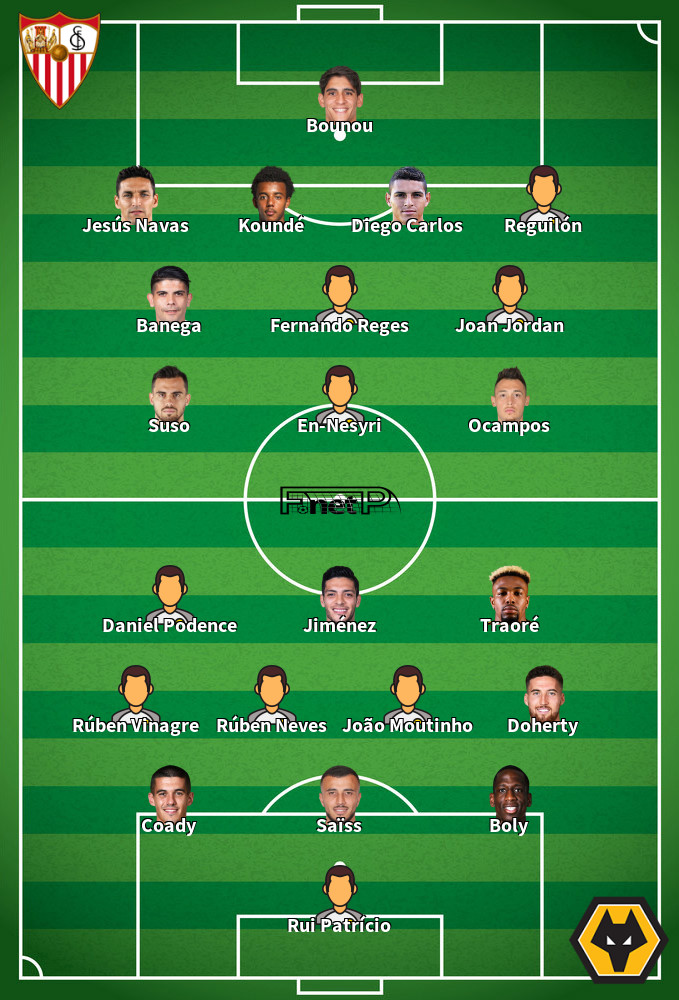 Customarily played in the Left Wing position, Diogo Jota was born in Massarelos, Portugal. Having made a first senior appearance for Paços de Ferreira in the 2014 - 2015 season, the dangerous Forward has struck 7 league goals in the Premier League 2019 - 2020 campaign so far from a total of 34 appearances.

We have made these Wolves v Seville predictions for this match preview with the best intentions, but no profits are guaranteed. Please always gamble responsibly, only with money that you can afford to lose. Good luck if you do place a bet today.