View all Shamrock Rovers v Waterford tips, stats and our pre-match poll below - along with the latest match odds.

Shamrock Rovers will be hoping to bounce back here after a 2-1 Premier Division losing effort in their last game against Finn Harps.

Stephen Bradley's Shamrock Rovers have found the net 7 times in their last six outings. At the other end, the tally of goals that have been scored against them in that same time stands at 9.

In their last fixture, Waterford drew 1-1 in the Premier Division tie with Dundalk.

The only scorer from Waterford was Anthony Wordsworth (77'). Seán Murray (5') scored for Dundalk.

Over the course of their previous 6 outings, Waterford have helped themselves to the sum of 13 goals. Waterford have also not failed to score in every single one of those games. Over that period, they’ve seen 6 goals go against them.

Looking over their past head to head meetings going back to 19/08/2019 shows that these encounters have not been fruitful for Waterford. They have not managed to get any victories whatsoever whereas Shamrock Rovers have managed to find a way, beating them in 100 per cent of those games where they have faced each other.

Loads of goals were seen in those games, too - 26 overall which averages out at 4.33 goals per meeting.

The last league fixture featuring the two was Premier Division match day 16 on 18/06/2021 when it finished Waterford 1-4 Shamrock Rovers.

The match was refereed by Adriano Reale.

Almost everyone can be considered, as there’s just one fitness concern for the Shamrock Rovers gaffer Stephen Bradley to contend with from an otherwise complete squad. Neil Farrugia (Hamstring Injury) misses out.

Owing to an otherwise available squad, there is just the one fitness issue for the Waterford gaffer Marc Bircham to be concerned about. Oscar Brennan (Facial Injury) won’t be playing here.

We’re thinking that Shamrock Rovers look set to get amongst the goals when they play Waterford, who might well find it difficult to score themselves.

We can therefore see a controlled 2-0 victory for Shamrock Rovers at the end of the 90 minutes. 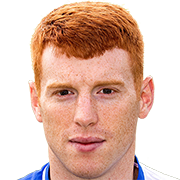 Regularly playing in the Striker position, Rory Gaffney was born in Tuam, Rep. Ireland. After having made a senior debut playing for Limerick in the 2013 season, the dangerous Forward has accumulated 7 league goals in this Premier Division 2021 season so far in a total of 23 appearances.

We have made these Shamrock Rovers v Waterford predictions for this match preview with the best intentions, but no profits are guaranteed. Please always gamble responsibly, only with money that you can afford to lose.