Our full set of predictions, statistics and match poll for Wolverhampton Wanderers v Sheffield United can be seen below - as well as the best betting odds.

Wolves, who won their previous game, will hope for a similar result following a 0-1 Premier League victory vs Manchester United.

Games featuring Wolverhampton Wanderers have proved to be quite ponderous affairs lately with defensive steel being a common characteristic. Over their past 6 clashes, the exceptionally low goal aggregate of 4 has been yielded between them and opposing sides at an average of 0.67 goals per match.

Sheffield United will go into this game after a 0-1 Championship win over Fulham in their previous match.

In the course of their 6 latest matches, Paul Heckingbottom's Sheffield United have fired home 8 times thus earning them a goals per game average of 1.33.

Checking on their past head-to-head meetings going back to 27/09/2017 shows us that Wolves have won 3 of them & Sheffield United 2, with the number of drawn matches standing at 1.

A total of 11 goals were yielded between them throughout the course of those matches, with 7 from Wolves and 4 created by The Blades. That’s an average goals per game of 1.83.

The previous league contest featuring the two was Premier League match day 32 on 17/04/2021 which ended up with the score at Wolverhampton Wanderers 1-0 Sheffield United.

On that day, Wolverhampton Wanderers managed 47% possession and 10 shots on goal with 5 of them on target. Their only player on the scoresheet was Willian José (60').

On the other side, Sheffield United had 8 attempts at goal with 2 on target.

In our opinion, Wolverhampton Wanderers should dominate on the ball and be rewarded with decent chances.

At the other end, Sheffield United could well struggle to score themselves - but, we do see them getting enough chances to score, too.

We reckon that it will be a 3-1 win for Wolverhampton Wanderers by the time that the referee blows the final whistle. 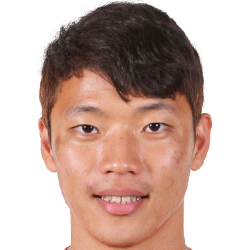 Mostly deployed in the Striker position, Hee-Chan Hwang was born in Korea Republic. After making a first senior appearance for FC Liefering in the 2014 - 2015 season, the skilful Forward has scored a sum of 4 league goals in this Premier League 2021 - 2022 season to date from a total of 14 appearances.

We have made these Wolverhampton Wanderers v Sheffield United predictions for this match preview with the best intentions, but no profits are guaranteed. Please always gamble responsibly, only with money that you can afford to lose. Good luck!