Our Sigma Olomouc v Sparta Prague tips, poll and stats can be seen in full below - as well as the best betting odds.

Sigma Olomouc will be looking for a repeat result of a 2-3 First League success vs FC Brno.

Sigma Olomouc haven’t had any problems with scoring, finding the back of the net in one hundred percent of their last 6 matches.

They’ve managed to rack up 12 during that time and have conceded a total of 6. While that may be of interest, we’ll just have to find out if that pattern might be maintained in this upcoming match.

Going into this contest, Sigma Olomouc are unbeaten in their previous 3 home league matches.

Sparta Prague will come into the game following a 1-0 First League win with the defeat of Dynamo České Budějovice in their last outing.

In that match, Sparta Prague had 51% possession and 15 shots at goal with 7 on target. The scorer for Sparta Prague was Lukáš Haraslín (12'). On the other side, Dynamo České Budějovice got 5 shots on goal with 1 on target.

The trend of at least one team drawing a blank in games featuring Sparta Prague has become evident in recent matches. A glance at their last six outings shows that this has occurred 5 times. In those clashes, their opponents have managed a goal aggregate of 6 and Sparta Prague have scored 15.

A glance at their past head to head meetings dating back to 23/02/2020 shows us that Sigma Olomouc have won 2 of these & Sparta Prague 4, with the tally of drawn games being 0.

A combined sum of 18 goals were produced between them during those clashes, with 7 for Hanáci and 11 being from Železná Sparta. That is an average goals per game value of 3.

The previous league fixture between the two was First League match day 3 on 14/08/2022 and the score finished Sparta Prague 2-0 Sigma Olomouc.

The match was refereed by Ondřej Berka.

It’s a low absenteeism rate, with just one fitness concern for the Sigma Olomouc gaffer Václav Jílek to contend with thanks to an otherwise robust group. Matus Macik (Muscle Injury) won’t play. Ineligible players who cannot play in this game through suspension are Juraj Chvatal and Jan Fortelny.

We’re inclined to think that Sigma Olomouc could well find it tough to be putting a goal past this Sparta Prague lineup who we reckon will gain the upper hand.

That’s why we have predicted a narrow 0-1 advantage for Sparta Prague at the end of this game. 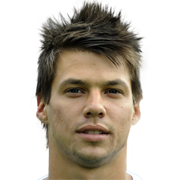 Regularly taking to the field in the Right Wing position, Jan Navrátil was born in Czech Republic. Having made his senior debut playing for Sigma Olomouc in the 2009 - 2010 season, the skilful Forward has netted 2 league goals in this First League 2022 - 2023 season so far in a total of 16 appearances.

We have made these Sigma Olomouc v Sparta Prague predictions for this match preview with the best intentions, but no profits are guaranteed. Please always gamble responsibly, only with money that you can afford to lose. Good luck if you do place a bet today.