The Super League game at Stadion Letzigrund on Sunday sees home side FC Zürich prepare for the visit of FC Sion.

All FC Zürich v FC Sion match predictions, user poll and stats are shown below including the latest game odds.

FC Zürich will be wanting a better result here after a 0-3 Super League loss in their previous game against FC Sion.

Franco Foda's FC Zürich have managed to score a sum total of 6 times in their preceding 6 outings. The corresponding number of goals that have been scored against them in those games stands at 11.

A look at their prior head-to-head meetings stretching back to 21/02/2021 shows us that FC Zürich have won 3 of them and FC Sion 0, with the tally of drawn results standing at 3.

There were also goals galore in those games, with 23 in total at an average of 3.83 goals per meeting.

The previous league match featuring the two was Super League match day 31 on 23/04/2022 which ended up with the score at FC Zürich 5-1 FC Sion.

Due to a fully healthy squad available for selection, the FC Sion manager Paolo Tramezzani has zero fitness concerns to speak of ahead of this clash.

Looking at these two teams, we feel that FC Sion will manage to break down this FC Zürich side, but that possibly won’t quite be enough to prevent defeat.

We can see both teams to score in a 2-1 advantage for FC Zürich when the full-time whistle blows. Let’s just see how this one goes. 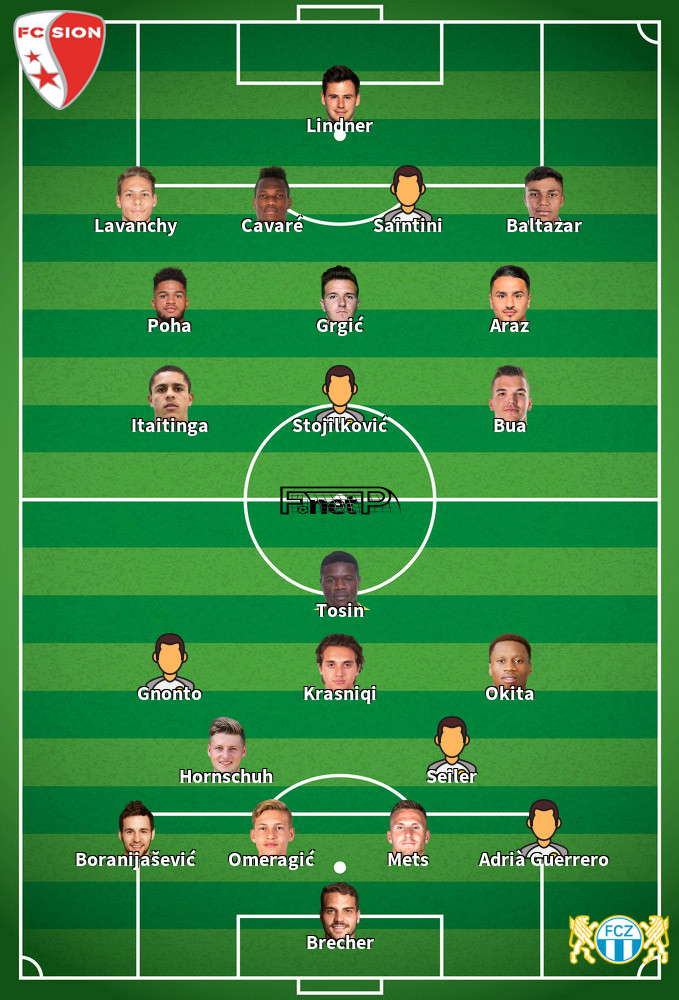 While we have made these predictions for FC Zürich v FC Sion for this match preview with the best of intentions, no profits are guaranteed. Always gamble responsibly, and with what you can afford to lose. Best of luck with your selections.