Return to this page a few days before the scheduled game when this expired prediction will be updated with our full preview and tips for the next match between these teams.
Full-Time Result Prediction
👉
SK Brann to Win

SK Brann line up against visiting club Stabæk at Brann Stadion in this Eliteserien tie on Sunday.

Full predictions, pre-match stats and user poll for SK Brann v Stabæk are shown on this page - along with the latest match odds.

SK Brann head into this match after a 1-1 Eliteserien drawn match versus Mjøndalen.

Fixtures involving SK Brann have tended to be engaging ones of late with plenty of scoring being the norm. Over their past six games, the sum of 21 goals have been scored for both sides combined (at an average of 3.5 goals per game) with 10 of these accredited to SK Brann. It will be interesting to find out whether or not that trend can be sustained into this next match.

Ahead of this clash, SK Brann have not emerged victorious against Stabæk in their previous 2 league games.

After a loss in their previous game against Bodo Glimt in Eliteserien action, Stabæk and their travelling supporters will be hoping that they can get a better result in this one.

In the course of their 6 latest matches, Eirik Kjønø's Stabæk have found the back of the net a total of 6 times therefore earning them a goals per game average of 1.

Heading into this contest, Stabæk haven't beaten SK Brann when having played them away from home in the previous 5 league matches. They really have not been travelling well at all.

A review of their past head-to-head meetings going back to 21/10/2018 shows that SK Brann have won 4 of these games and Stabæk 1, with the number of draws standing at 1.

In all, 13 goals were yielded between them during those clashes, with 8 from Brann and 5 created by De Blaa. That’s an average goals per game of 2.17.

The last league game featuring the two was Eliteserien match day 5 on 27/05/2021 when the final score was Stabæk 2-0 SK Brann.

SK Brann had 9 attempts at goal with 6 of them on target.

The SK Brann boss Eirik Horneland doesn’t have any fitness worries at all coming into this match owing to a completely healthy group to pick from.

It looks to us like Stabæk will be up against it to score against a SK Brann lineup who have all the attributes to really dictate the terms of this match.

We’re tipping a commanding 3-0 winning scoreline for SK Brann when all is said and done. 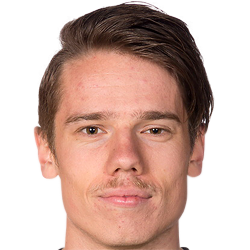 Normally played in the Right Attacking Midfielder position, Robert Taylor was born in Kuopio, Finland. Having made his senior debut playing for JJK Jyväskylä in the 2013 season, the accomplished Midfielder has got 4 league goals in this Eliteserien 2021 campaign so far in a total of 18 appearances.

We have made these SK Brann v Stabæk predictions for this match preview with the best intentions, but no profits are guaranteed. Please always gamble responsibly, only with money that you can afford to lose.